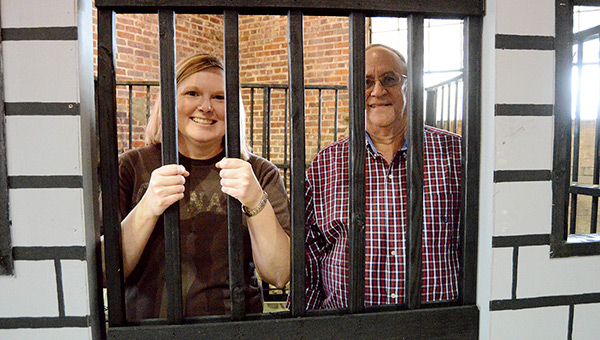 Marvin’s employees Kelly Ham and Bud Manring found themselves behind bars Wednesday at the Andalusia Farmers’ Market during the Arrest-A-Friend fundraising event.

The afternoon rains didn’t stop the Andalusia Police Department from surpassing its $6,000 goal at its annual Arrest-A-Friend Relay for Life fundraiser.

Hudson said several of the Most Wanted folks will bring their money next week, which will increase the profits. 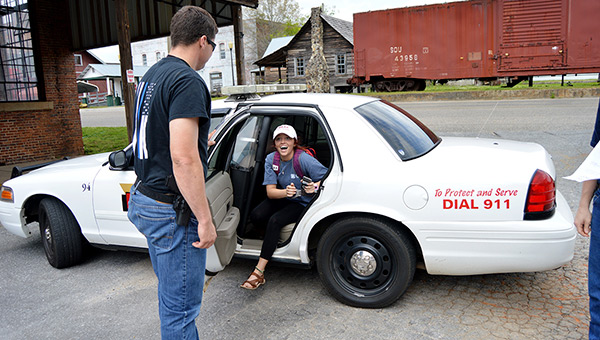 Emily Hammett, is led out of the back of a squad car.