She succeeds Brian Dove, who is leaving to work with the Cullman-Jefferson Counties Gas District in Cullman, Ala. 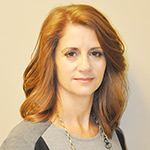 Dove will remain at SEAGD until April to ensure a smooth transition of responsibilities.

“Lori is a talented accountant who has served our company since 2001,” said Greg Henderson, SEAGD’s president and chief executive officer. “She has provided significant financial and operational leadership to the company for more than 15 years, and we are excited to have her assume the role of CFO.”

In her role with SE-AGD, Messick has provided financial over-sight and guidance for some of the company’s largest customers, including Fort Rucker. She was also heavily involved in the company’s implementation of new financial and customer information platforms.

“I’m excited to have this opportunity to further serve our company and our com-muni-ties, and I look forward to working closely with our Board of Dire-ctors and owner cities,” Messick said. “We have a great leadership team, and I’m honored to be moving into this position.” 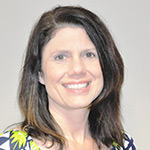 “This is an exciting time in our industry, with more than 100 years of natural gas available in the United States, and technology that is advancing daily, it is more advantageous than ever before to utilize natural gas as an energy source industrially and residentially,” Jackson said. “The opportunity to serve Southeast Alabama Gas District at this level is a privilege, and I look forward to this heightened level of marketing and communications as I spend more time with our board of directors and staff members developing plans for our future.”

“This is a great time in the life of our company,” Henderson said. “With the advancement of Shannon and Lori, we have added to the energy and experience of our leadership team, and we are strongly positioned to serve our communities in new and innovative ways so that they may grow and thrive.”

McKameys to entertain at CEC meeting