Family, friends push to get superhero visit for Kellen

The family of a local toddler battling cancer is hoping to bring a superhero to see their superhero.

“As most of you all know by now this is my superhero nephew, Kellen,” said Jay Findley. “He has been battling cancer for several months now and has had his ups and downs with it.” 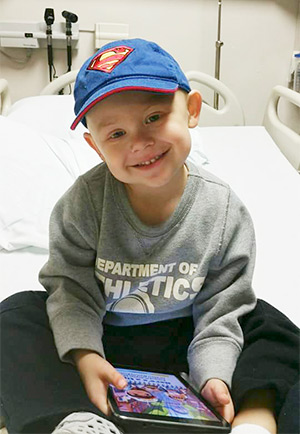 Kellen Findley’s uncle has created the hashtage #superhero4kellen in hopes a Marvel or DC superhero will reply.
Courtesy
photo

Findley said that Kellen has been a fighter.

“So, I want to see which superhero will answer the call for my biggest hero, Kellen,” he said. “So in hopes that maybe this will go viral, and we can make this happen for I am sending out a #superhero4kellen signal and challenge one of the Marvel or DC heroes to reply.”

This isn’t the first time, Jay Findley has organized an effort for 3-year-old Kellen.

Embryonal rhabdomyosarcoma (ERMS) is a rare form of cancer of connective tissue. It is the most common soft tissue sarcoma occurring in children.

200 expected at run for Wounded Warriors

More than 200 people are expected to turn out for the first every Gantt Mafia spring benefit ride tomorrow. John... read more