Getting ready for NASA 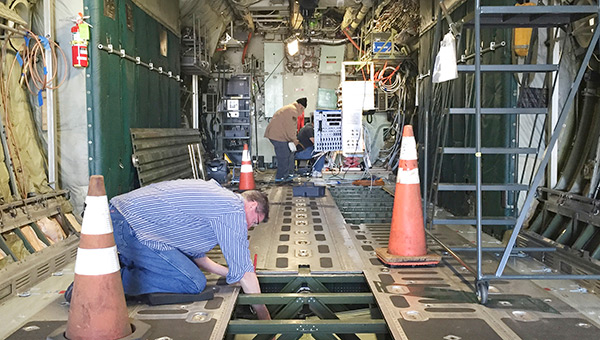 A quality inspector for NASA reviews modifications made to the agency’s C130.

C130 being prepped for scientists

For the fourth time in less than a year, there were two C130s at South Alabama Regional Airport Monday.

One, which is privately owned, arrived Monday for a thorough engine cleaning, said Ronnie Kearns.

The second is a NASA aircraft that has been here since late June for modifications under a contract with The Kearns Group and Pinnacle Solutions of Huntsville. 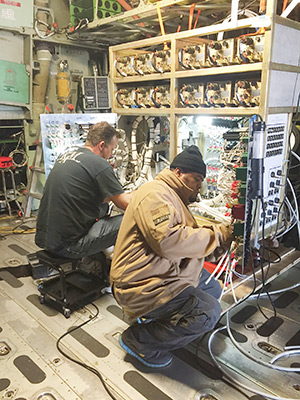 A major modification is the installation of a power box and ethernet system for the computers that will be on board.

NASA’s Wallops Flight Facility added the C-130 Hercules to its fleet in 2013. Formerly a U.S. Air Force aircraft, the C-130 brings the range and cargo capacity needed to serve as a long-range airborne laboratory and to carry cargo in support of science missions around the world.

Kearns explained that the current modifications include putting portals in the bottom of the aircraft for weather instrumentation, as well as installing the power supply and networking that will be needed for scientist on board the aircraft in the future.

“We have been working around the clock to get this aircraft ready,” Kearns said. The project will be completed by the end of the month. A big test comes next weekend when workers will test the air pressure inside the aircraft.