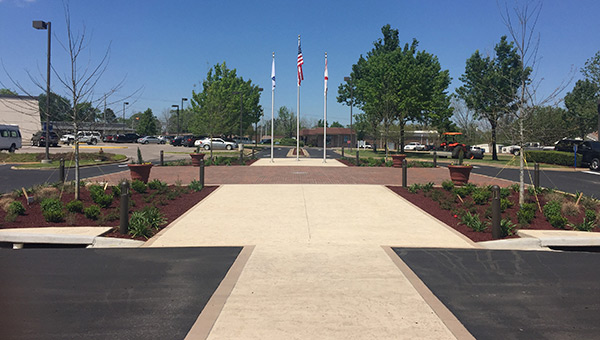 “Over the years, our hospital has grown in size and scope of service,” John Yanes, CEO, said.

“As we began planning for our 50th Anniversary celebration, we had the unique opportunity to reflect on the hospital’s past, as well as its future. We quickly realized that ‘hospital’ doesn’t fully represent our full scope of care and the vital role of our facilities and providers in the community.”

“We did a survey with employees in the fall of last year,” Yanes said. “We asked them five questions about what the hospital meant to them, what distinguished our hospital, and what about the name was important.

“What came out was having Andalusia in the name was important, even to our employees who don’t live here,” Yanes said.

The employees also wanted to focus on the broader scope of the hospital’s mission beyond the city, as well as its success at delivering quality care. Family and compassion also were important.

From there, the hospital’s leadership worked with the marketing department at Lifepoint, its parent company, to develop the new name.

“Hospitals have moved on beyond sick care with more focus on wellness and prevention,” Yanes said. “The name ‘hospital’ does not describe what we do.”

Emergency care, obstetrical services, a walk-in clinic, orthopedics and sports medicine are all a part of the mission now. And while some of those services are delivered in the hospital, a client doesn’t have to be in the hospital to receive that care, Yanes said.

The new logo is reflective of moving forward with an emphasis on wellness, Yanes said.

With the whole new brand, comes standardization – Andalusia Health will be in all of our names,” he said. “We will be focusing on the community, and our whole campaign is, ‘Hello, Health.’ ”

The hospital’s broadcast, print and billboard messages will all carry that theme.

Employees were invited to a reveal of the new name Friday morning, and Yanes said it was well received.

Today’s 50th anniversary celebration begins with a 5K at 8 a.m. At 9:30, the hospital will dedicate its new Legacy of Caring garden.

There also will be entertainment, refreshment and door prizes, with a number of health-related vendors providing information.

Later this year, Yanes said, all hospital employees will pose for “family picture,” and other special anniversary events.

When the curtain goes up on Mockingbird Players’ annual production of To Kill a Mockingbird in Monroeville tonight, Charlie Brock... read more