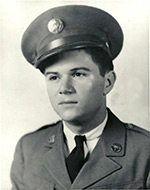 Funeral services will be at 11 a.m. Wed., April 20, from Oakey Streak Methodist Church with the Rev. Jim Carpenter and the Rev. Tyler Ingram officiating. Interment will follow in the church cemetery. Visitation will be from 5:30 p.m. until 8 p.m. Tuesday at Foreman Funeral Home and at the church 30 minutes prior to services.

Mr. Ingram was a native of Red Level, and a 1941 graduate of Red Level High School. Upon graduation, he joined the Army Air Corps, serving in India for 33 months as an aircraft metal worker during World War II. He was discharged in 1945, but in 1948, he re-enlisted into the Air Force. During his career, he was stationed in Panama City, Fla., Boise, Idaho; Tripoli, Libya; Tampa, Fla.; Omaha, Neb.; Puerto Rico; and Altus, Okla. His service included World War II, as well as Korea, and Vietnam.

He retired to Red Level in 1969, and went to work at the Dixon Plywood Mill in River Falls, first as a member of the construction crew, and later as maintenance director for the mill. Later, he worked as a relief mail carrier.

He joined the Masons at Fairmont Lodge in Red Level and eventually became the headmaster; He later joined the Shriners of Covington County, and served as president in 2000. He also was involved in Scottish Rites, the VFW Post #4388, and the American Legion, Post #139.

He joined Oakey Streak Methodist Church in 1936, where he previously served as a trustee and chairman of the board.

In his later years, his hobbies were woodworking and volunteering at Andalusia Regional Hospital.

He is preceded in death by his wife, Ida Mae Ingram; two daughters and a son-in-law, Joan and Lloyd Darby and Debra Sharpe; and one brother, Lomax Ingram. 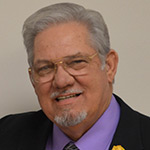 A second Celebration of Life service will be held at Pathway Church, 7200 Moffett Rd., Mobile, Ala., on Friday evening, April 22, 2016, with the family receiving friends at 4 p.m. and a memorial service following at 6 p.m. Those wishing to sign Rev. Turman’s guestbook may do so at www.keaheyfuneralhome.com

He was born Jan. 28, 1944, in Andalusia, to James Vernon and Louise (Paulk) Turman. He served as ordained bishop and pastor of several Church of God churches in the Covington County area for 38 years.

He worked as a federal/state meat inspector for the Department of Agricultural Industries of Alabama for 28 years. Currently, he was serving Covington County as the District 4 county commissioner. Nothing pleased Mr. Turman more than serving people, and he was a tremendously giving individual. He believed strongly in Jesus Christ, and his faith was the reason he served so devotedly. He lived with a conviction that one person can make a difference in the world if they are willing to care enough to serve others.

On May 26, 1962, he married the love of his life Bobbie Morris Turman of Red Level. He enjoyed singing and making music and for many years sang with “Carl Turman and the Craig Brothers Gospel Bluegrass Band.” He then continued the tradition of music with his own family, “The Turman Family,” and currenttly singing and playing with “The Turman Bluegrass Gospel Band” while traveling all over the country making music for Jesus and donating all the proceeds to people battling cancer and other sicknesses, assisting people by meeting their needs.

He was preceded in death by his father, James V. Turman; mother, Louise Alred; and his sisters, Ellouise Horn and Betty Barcia.

In honor of his incredible heart to serve and assist people, in lieu of flowers donations may be made to the Saint Jude Hospital in his name.

Mr. Salter was preceded in death by his parents, Arthur J. Sr. and Grace Salter, two sisters and two brothers.

Mr. James Ronald “Ronny” Tyree, 65, of Andalusia left his earthly home to be with his Lord and Savior Jesus Christ on Sun., April 17, 2016, at UAB Hospital in Birmingham. Ronny was a loving father, faithful minister, true friend and brother, skilled meat-cutter of 40 years, part-time small engine mechanic, and lover of the outdoors. He was born April 24, 1950, in Pensacola, Fla.

Funeral services will be held at 1 p.m. Wed., April 20, 2016, from Hopewell Baptist Church in Andalusia with burial following in the church cemetery. There will be a one-hour visitation at the church. The family will also receive friends at Wyatt Funeral Home Tuesday evening from 6 until 8. Flowers will be accepted or memorials may be made to Crossover Ministry in Opp.

Mrs. Sarah Douglass Becker, age 83, of Monroeville passed away on Sat., April 16, 2016. Mrs. Becker was a native of West Palm Beach, Fla., but had lived most of her life in Monroeville. She worked as a bookkeeper for Tri-Motor Company and as a library aide for Monroe Elementary before retirement. Mrs. Becker was a member of Monroeville First Baptist Church where she attended the Open Bible Sunday School Class.

The Andalusia Lions Club will hold its spring Care, Give and Lions Recycle for Sight event on Sat., April 16,... read more