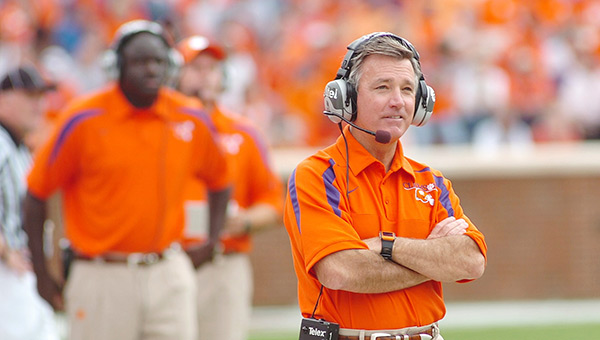 The event will be at 7 p.m., at the Stanley Community Center on Hwy. 55. The event is free, and supper will be served.

Bowden was a Division 1 football coach for more than 30 years, coaching at Alabama, Auburn, Florida State, West Virginia, Kentucky, Duke, Tulane and Clemson, and is a member of one of the most storied families in college football.

He holds a record as head coach for 90 wins in 11 and a half years and never had a losing season.

His other accomplishments include:

• One undefeated season, in 1998 at Tulane. Finished seventh in the final Coaches Poll;

• Three-time Conference Coach of the Year;

Bowden accepted Christ and was baptized at 12 years old.

Through the Old School Men’s ministry, more than 90 men have received salvation.

The ministry offers a free supper to men who attend along with fellowship.

Andalusia City Schools Superintendent Ted Watson said Tuesday the board of education could name a basketball coach as early as... read more