Floralans have an author among them.

Pamela Cable, who recently moved to Florala, will soon launch her third book “The Sanctum.” 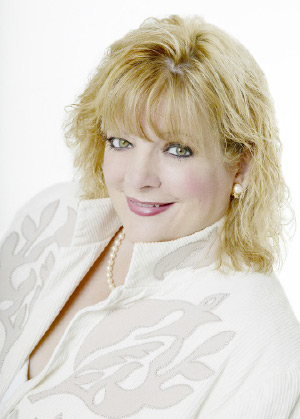 Cable said in the meantime, her husband got a transfer to Arizona for his job.

“We hated it,” she said. “We decided to get away. It was like living on the moon. We are East Coast people, we are used to trees.”

Cable said she saw a flyer for the Florala Christmas Parade and sent it to her husband and asked him, “Wouldn’t it be nice to live in Florala?”

“I remember it vividly,” she said. “Sixth grade. I wrote a story called ‘My Dog, Joey,’ which my teacher Miss Rizzo, told my mother I should be a writer because I made all the girls (and some of the boys) cry. My mother then proclaimed me a drama queen. I think it embarrassed her, that I did such a thing. I didn’t care. I always knew I wanted to write.”

Cable said that growing up she always had her nose in a book or pen to paper.

As with many people, life doesn’t always go the direction one intends.

“As a single mother, I had other obligations that stole the dream of writing from me,” she said. “But one day in 1997, sitting in my office were I worked at a major teaching hospital in Akron, Ohio, the chairman of the urology department spied one of my short stories on my desk.”

Cable said he was also an author and took her story home.

After reading her story he asked her why she was working there.

Cable said she usually starts from an outline when she writes, but that her characters dictate what they want to become and where the story should go.

“I grew up in a church environment,” she said. “I write about religion and spirituality with paranormal twists unearthed from my family’s history. I write about my passions, what moves me, what shoots out of me like a rocket.”

Cable said she was born in the South, a coal miner’s granddaughter.

“But my father escaped the mines, went to college and moved his family to Ohio to work for the rubber companies in 1959,” she said. “I spent every weekend as a little girl traveling back to the Appalachian Mountains. My memories of childhood run as strong as a steel-belted radial tire and as deep as an Appalachian swimming hole. As a little girl, I was a transplanted hick in a Yankee schoolroom. I grew up in the North. So my influence comes naturally from both regions.”

Cable said the biggest challenge to her as a writer is keeping down her word count.

“ ‘Televenge’ was published at over 600 pages,” she said. “But to me, and fortunately to my publisher, every word mattered. My new novel, ‘The Sanctum,’ weighs in at just over 300 pages. Still, I had to cut a lot. But I file away all those cuts to be used in another story. I don’t kill my babies as they say in the business. I hid them.”

Her newest novel “The Sanctum” takes place in 1946 when Neeley McPherson, 5, accidentally killed her parents.

She is thrown into the care of her scheming and alcoholic grandfather. Gideon, an elderly black man, watches out for her.

In 1959, as equal rights heats up the South, authorities accuse Gideon of stealing a watch and using a whites only restroom.

Neeley, 13, determines to break him out of jail.

The infamous Catfish Cole, Ku Klux Klan grand dragon of the Carolinas, pursues Neeley and Gideon in their courageous escape to the frozen Blue Ridge Mountains.

After Gideon’s truck hits ice and careens down a steep slope, they travel on foot through a blizzard, and arrive at a farm of sorts – a wolf sanctuary, where Neeley crosses the bridge between the real and the supernatural. On this cascading landscape, she discovers her grandfather’s deception, confronts the Klan, finds her faith in God and uncovers the shocking secrets of the family who befriends her.

Cable said during her research, she discovered that the county in which Neeley lived there was a man who was ordained into a church and was also a grand dragon of the KKK.

“I wrote him into the novel as being her pastor,” she said.

Cable is planning a launch of her book on June 9 in Florala.

“East side, West side, all around the town…” In the early 1920’s, the first sidewalks of Andalusia were built. When... read more