Boothe, Willis to be inducted in to HOF

The Opp and Covington County Chamber of Commerce will induct two living people in to the Opp Hall of Fame at its May banquet.

This year’s recipients are Geraldine Grimes Boothe and Charles Willis.

Geraldine Grimes Boothe was born to Grady and Byrdie Grimes on Jan. 8, 1924, in the Rose Hill Community of Covington County. She graduated from Straughn High School in 1942. She later attended Troy University and graduated in 1957. She married J.C. Boothe and they had two sons together. Alan C Boothe and his wife, Anne, reside in Troy and he serves in the Alabama Legislature as the representative for District 89. Gene Boothe and his wife, Peb, also reside in Troy. Geraldine is the proud grandmother to five grandchildren and ten great grandchildren. 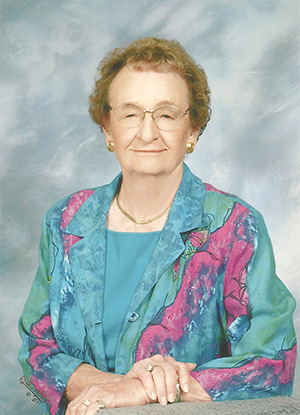 Boothe began her teaching career at Babbie School then later transferred to Beulah School. Thereafter, she began teaching a Fleeta School where she would teach for the next 41 years. While teaching at Fleeta, she became the cheerleader and basketball coach. In 1965, she served on the State Course of Study Committee for the State of Alabama. She was named Covington County School System’s Teacher of the Year in 1987. Geraldine served on Southern Schools Evaluating Team for Pike, Coffee, Covington, and Enterprise City. After a long and satisfying career in education, Geraldine retired in 1991. With years of retirement behind her, it still brings much excitement to Geraldine to see her former students and the success that have achieved.

After retirement, Boothe continued to serve her community with various organizations. She proudly volunteers on the Mizell Memorial Hospital Auxiliary and she is currently vice president. She is a member of the Three Arts Club and currently holds the position of treasurer; moreover, she is a member of the Opp Cultural Arts Center. Both organizations allow Geraldine to express her artistic talent and enjoy fellowship with local artists. She is a longtime member and supporter of the Opp Chamber of Commerce. She is a member of the Retired Teachers Association of Covington County. Geraldine contributed her time to the Downtown Redevelopment Authority for many years and helped enhance the beautification of Downtown Opp. She is a proud committee member with the Eastern Star, which is the organization that designed and quilted the quilt hanging in the Council Chambers at Opp City Hall. She has been a member of Delta Kappa Gamma for more 60 years and served as a president.  She is a loyal member of the First Baptist Church of Opp and has taught Sunday School classes.

Boothe grew up on a farm in the Rose Hill Community and she owes her hard work ethic to being a farmer’s daughter which instilled lifelong values. Serving the Lord, her family, and friends have brought her the most happiness in life and continues to shower her with love and encouragement.

Charles W. Willis was born to Pleasie and Victoria Willis on Nov. 16, 1936, in Newbern, Tenn. He graduated from Sharon High School and later attended the University of Tennessee at Marin, Tenn. He is married to Noreta Lawler Willis and they have two children, David Willis and Sondra Payne. Charles and Noreta moved to Opp in 1994. 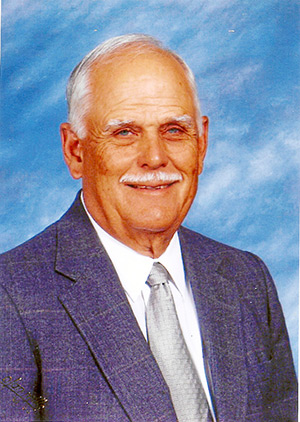 Willis is well known and respected in the textile manufacturing industry which he was successfully involved in from 1956 to 2000. In 1956, he began working for Martin Manufacturing Co.. then later became vice president in 1967. Charles later became director of manufacturing at Arnav Industries in 1969 until 1971. In 1971, he began his tenure with Colonial Division of Taren Holdings and was responsible for all functions for domestic and offshore operations. He later became senior vice president in 1991. When he and Noreta moved to Opp, he served at general manager for Covington Industries from 1994 to 1998. Thereafter, he served as an independent textile consultant from 1998 until 2000.

Although Charles is not originally from Opp, he has selflessly and profusely contributed his expertise and goodwill throughout the community. He has served on the Opp Chamber of Commerce Board of Directors for a total of seventeen years (not consecutively); moreover, Charles served as President for 2007-2008. He was one of the founding members of Downtown Redevelopment Authority and was a proud member for 12 years. He has served on the Opp Housing Authority Board for the past six years and he is currently serving as Chairman of the Board. In addition, he proudly served on the Opp Utilities Board for eight years. Charles has been a true asset to the Frank Jackson Trail Masters and he is presently serving as president. For the past eleven years, he has willingly volunteered his time to assist with the Opp Rattlesnake Rodeo and take on important responsibilities to help make the event a success each year. With his contributions to the Opp Rattlesnake Rodeo, the City of Opp publicly recognized Charles for his endless support for the event.

In 1999, Charles and Noreta began the rewarding journey of becoming foster parents with Agape; moreover, they have given a loving home and a new beginning for more than forty-five children. Since 2002, Charles has taught and trained nearly 300 parents in multiple counties that made the noble decision to become foster parents. He is currently serving as Chairman of the Covington County Foster Parent Association.

Charles has been actively involved in church his entire life. He served as a deacon in Martin, Tenn. for four years; furthermore, he served as a deacon in Murfreesboro, TN for two years and an elder for 15 years. He is currently serving as an elder at the Opp Church of Christ. Charles has taught Bible classes at least nine months out the year since 1955. Beginning in 2003, he began doing missionary work for nine years; in conjunction, he has been a missionary in Guyana for 15 days each year. He is active in the Meals on Wheels food program to help the elderly and needy families in Opp.

With humility and dedication, Charles Willis has had an exemplary life full of success while finding time to serve his community and others in need. More importantly, he has lived an honorable life serving his Lord and doing what he has been called to do which is giving back to the people around him.

It’s time to hit the trail and ride for a good cause when The Covington Cowgirls Drill Team sponsors its... read more