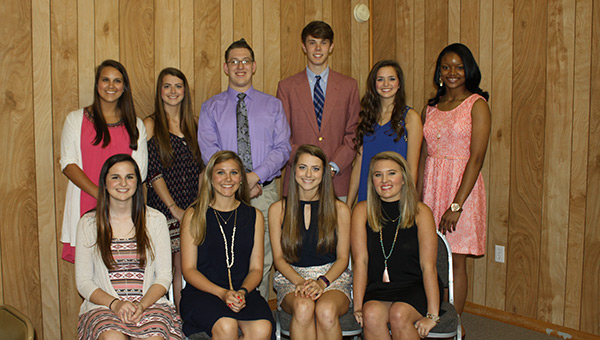 After dinner, Olivia Jones, club secre-tary, introd-uced the guest speaker, Roger Powell. Mr. Powell was a 1972 graduate of Andalusia High School and was selected Outstanding AHS Alumni in 2013. Mr. Powell has served four terms as Covington County’s Circuit Clerk. He is now retired, but stays active in the community, especially in the arts, where he has served on the Boards of the Lower Alabama Arts Coalition and Andalusia Ballet. He is a founding member of the Andalusia Community Theatre and a frequent performer in the AJWC Red Garter Review. Mr. Powell spoke to students about seizing opportunities that they will have in the future. Olivia Jones presented Mr. Powell a gift of thanks on behalf of the National Honor Society for providing the inspiring words of wisdom. 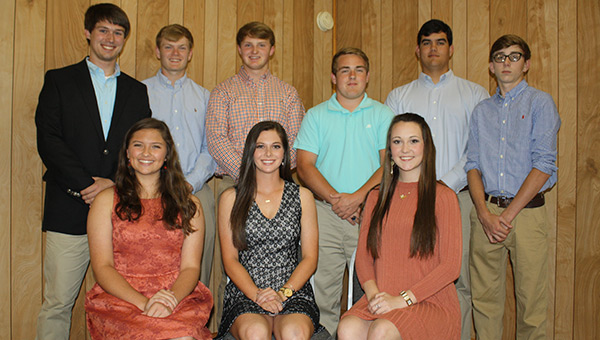 Club sponsor Mrs. Mary Frances Kelley recognized students in grades 9-12 that made the all “A” Honor Roll for each of the three nine week grading periods and the top ten juniors. School principal Dr. Daniel Shakespeare recognized the top ten seniors pointing out that the class valedictorian and salutatorian will be announced Awards Day when the seniors have completed their final exams. Mrs. Kelley then recognized all active members of the National Honor Society.

ACS school board member Mr. Walter Wytch concluded the banquet with praise for the academic achievements of the Class of 2016 and the underclassmen. Club vice-president Hannah McCalman adjourned the banquet thanking the Andalusia City Schools Foundation for providing the meal.

The following students were recognized:

Area third grade students and their families were honored with dinner, fellowship and a short program recently at Oakwood Lodge.... read more