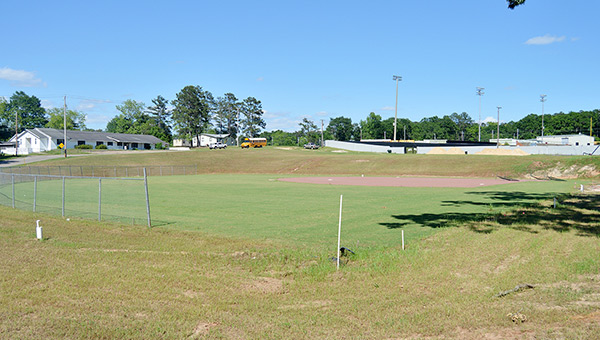 Andalusia City Schools should have 300 additional Apple laptops available for students next year.

Superintendent Ted Watson on Tuesday presented a proposal to the city council in a workshop session Tuesday night in which he set out proposed expenditures totaling $1 million the system would like for the city to fund with proceeds from the portion of a sales tax allocated for schools.

Top on the list is leasing 300 Apple laptops, which is expected to cost $110,000. Watson said the system can lease the computers for three years. At the end of that time, the computers can be purchased for $1 each.

Watson said the system has just finished a three-year cycle, and entering the new lease will put another 300 computers in the system.

Watson said the new lease will get the system closer to a one-to-one computer status with all students.

Also included are renovations to “Old Main” at AHS.

Watson said nothing has been done to Old Main for some time, and the $110,000 requested will begin systematic and continuous repairs.

“The doors are in desperate need of replacing,” he said. “The columns outside show significant signs of rot. This would not come close to covering the repairs, but we anticipate making a perpetual request for this each year.”

The request also includes $110,000 for completion of a new softball field on the AHS campus; $500,000 for renovations of the AHS auditorium; and $60,000 for the Leader in Me program at Andalusia Elementary.

Watson said the allocation for the softball field would get it in good enough shape for the 2017 season.

“It won’t do everything the parents want, but they will be able to play on it next year,” he said.

The sports and band subsidies would create a one-year operating base to allow the band and teams to operate with funds on hand, as opposed to projected receivables, Watson said.

The $500,000 for the auditorium also would be a starting point, Watson said.

In the recent past, a group planning to raise private money for stadium renovations through a locally-appointed board planned to include the auditorium in its efforts. Councilman Terry Powell asked the status of that effort.

Mayor Earl Johnson said board members are working with an architectural firm to draw plans and getting in position to begin fundraising. However, he said, the auditorium cannot be included with that body of work because it cannot be separate from the school.

“That project at the level being looked at now for the auditorium, and the building behind the auditorium where all the dressing rooms and restrooms are, we’re talking about in excess of $2.5 million,” Johnson said.

Powell also questioned the proposal in terms of curriculum.

“I thought the plan was to use this money to improve the curriculum with things that set us apart,” he said. “In our conversations, this is not what we talked about.”

Watson said he anticipated using the tax proceeds in that way in the future.

The council took no action on the request.