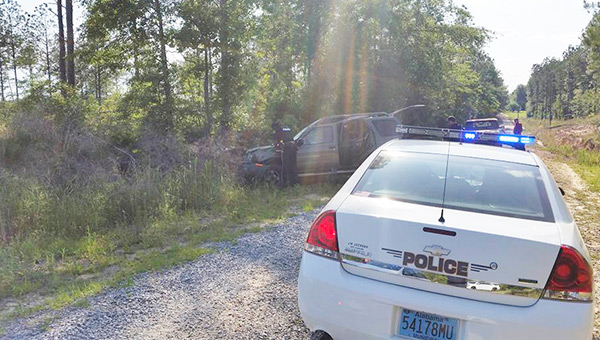 This 2003 Xterra crashed into an embankment Friday.

Opp Police arrested an Andalusia woman after she attempted to flee police.

“The officer turned around on the Xterra to make a traffic stop,” McDonald said. “The Xterra then turned on Walding Road attempting to flee from the officer,” he said. “Once on Walding Road, the vehicle made a left turn on Hub Brown Road at a high rate of speed losing control of the vehicle and crashing into an embankment.”

She was not injured.

McDonald said she was charged with fleeing or attempting to elude a law enforcement officer.

Red Level’s Kyle Adams was sworn in Friday as the county commissioner for District 4. Adams won the runoff in... read more