The Camellia wasn’t always Alabama’s state flower. It was originally the Golden Rod designated in 1927. In most states, the state flower is a plant native to the state such as the Magnolia in Mississippi, the Violet in New Jersey, or the Poppy in California. 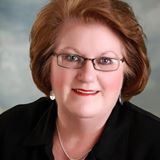 In September 1927 a bill was introduced into the legislature by Rep. T. E. Martin of Montgomery County proposing the Golden Rod as the official state flower. Marie Bankhead Owens of the Alabama Department of Archives and History stated, “It blooms everywhere and brightens the fall months with its liberal plume-like flowers.”

Elementary age school children of the 1950s remember their little social studies textbooks teaching about the Golden Rod – third grade if my memory serves me correctly! I’ll bet Lucy Price Martin remembers that, too. She taught third grade at E3N for many years.

Back in the late 1950s, we can only imagine a group of ladies from Butler County or more specifically, Greenville, hosting a garden club party in the fall of the year. Possibly those Golden Rods, our state flower at the time, may have made the gatherers out in the countryside sneeze or perhaps at a formal dining room tea, those blooms adorning the center of the refreshment table caused the prim and proper to have allergic reactions.

A Mrs. “Aunt PIttiypat” type lady voiced her opinion, “I make a motion that our club corresponding secretary should write a letter of request to the legislature and Governor Bibb Graves insisting that the state flower be changed from the Golden Rod to the Camellia! We ladies consider it little more than a weed and undeserving in its role as state flower!”

So basically, that is about what may have happened around August 1959 and before they knew it, Greenville, Ala., became recognized as “The Camellia City” and a “foreign” flower originating from China, the Camellia, became the state flower.

“Only a handful of states have foreign flowers as the state flower,” writes Ben H. Raines on al.com.

Basically, the Golden Rod was dethroned and the Camellia ascended to prominence as the Alabama state flower.

Now at that time according to the old timers, the governor put out the word through the news media that everyone in the state of Alabama should plant Camellia bushes in their yards. After all, there are 30,000 varieties according to the American Camellia Society. This suggestion by the governor appealed to many people who took up the art of growing Camellias as a past time hobby.

There were several “Camellia enthusiasts” at the time in Andalusia. Mrs. Perkins Taylor (Angelyn) planted many Camellia bushes in her side yard there on East Three Notch Street. She and her daughter Mrs. Darwin Pippin (Dorothy) were flower lovers anyway. They owned and operated the T-P Flower and Gift Shop on the corner of Central and East Three Notch. Their storybook homes were side by side, and they were model Alabama citizens to plant and tend so many beautiful varieties that mostly bloom from about September until February.

Miss Louise Barrow’s family who lived on the corner of Stanley Avenue and Albritton Road planted numerous Camellias on their lot adjacent to their home. All of their Camellias were meticulously tagged with the name of each variety thereon. Most of those tags are still affixed today according to Alan Cotton, a side neighbor and flower enthusiast himself. The late Miss Barrow was an English teacher at AHS.

Mr. Leon Benson, business owner of Benson Hardware, who resided on E. College Street grafted Camellias for his hobby. There is even a Camellia named after him, the Leon Benson!

Mrs. Nanny Belle Shaver Waits loved her Camellias. The prettiest blooms colored her front and side yard and still do today there on the Lorraine curve of East Three Notch Street. In her retirement years, she enjoyed sitting on her front porch where she could gaze on the many blooms in her garden. Her most exquisite Camellia bush displays the “Pink Perfection,” this writer’s favorite. This variety came from Japan to Sacramento, Calif., in 1875.

In June 1999, the Alabama Legislature agreed to specifically name Camellia japonica as the official state flower and at the same time (in between important state business, that is), they adopted the Oak Leaf Hydrangea as the state’s official state wildflower.

If any of you readers have any Camellias in your yard, you just might have a Camellia romantically named “Honeymoon,” “Junior Prom,” “Debutante,” “Curtain Call,” “Twilight Sunbeam,” or “Old Glory,” a heritage flower, the “best Pre-1900 Camellia.” Flower colors range from white through pink tones to red with golden stamens and ruffled petals. According to the American Camellia Society, a Camellia bush should be properly round and full from the base to the top so as to have a multitude of flowers during the blooming season. “Leggy” Camellias appear to be neglected as the gardener loses a number of blooms that accounts for the beauty that one can behold when the blooms and foliage are only at the “crown.”

Camellia sasanquas are frequently overlooked by Camellia people. It is almost certain that the ladies of the new First Baptist Church that was built around 1959 followed the suggestion of the governor at the time, and sasanquas were part of the landscaping of both sides of the main church building. Generally, these are the first Camellias to bloom, white and pink, peaking in the fall around November but continuing to bloom through early winter. Their small green foliage makes them attractive all year long.

Mrs. John G. Scherf, Sr. was a true camellia lover as one could see when gazing at her beautiful expansive front lawn of “Springdale.” Recently those historic camellia bushes have been removed to the disappointment of many passers-by.

I remember well the magnificent spray of camellias laid on the casket of one of my best growing up friends, Marge Russell Rankin. The floral arrangement by Alan Cotton was unforgettable.

Some of you readers may remember ladies’ club meeting refreshment tables being brightened up with cut camellias floating on water. This brings back a picture in my mind of my mother hosting “The 13 (Bridge) Club,” and the coffee table was laden with a crystal bowl of floating camellias.

It is said the wherever a Camellia variety bush exists that was developed or preserved or planted or made popular or even shipped away wrapped in burlap by an enthusiast, a piece of that deceased enthusiast is there still living as well!

Anyone who knows more information on Andalusia’s Camellia history here in the “heart of South Alabama” is welcome to share it with me. Camellias are certainly a part of Alabama’s rich culture over the past 57 years!

As Lady Bird Johnson stated in the mid 1960s when she was First Lady promoting beautification around the country, “Plant a tree, a shrub, or a (Camellia) bush!”