This week’s Bulldog Bytes was submitted by Angie Sasser.

The Andalusia High School Class of 2016 honored the tradition of Senior Class Night at the First United Methodist Church on Mon., May 2, 2016, at 6:30 p.m. in the fellowship hall where good times and good food were enjoyed. Eighty members of the class assembled with covered dishes to complement fried chicken with casseroles, vegetables, and desserts. Newly elected officers of the class of 2017 helped serve and organize the table.

As they arrived, seniors signed the class guest-book that will be placed in the AHS Heritage Room. Class President Amy Dell Hines greeted the group, and Olivia Jones led with the Pledge of Allegiance.

In his principal’s address, Dr. Daniel Shakespeare remarked of the achievements of this senior class. He stated that they had made his job easier this year in their outstanding leadership roles. He advised them to stay in contact with each other as the years go by. They were complimented for “staying out of his office” and general good behavior.

Charlie Brock presented a bouquet of flowers to class sponsor, Angie Sasser, upon her retirement this year and led the invocation. The buffet dinner was then served.

After dinner, the class history, written by Haley Booker, was read, and then Jamie Browder presented the class poem. Seniors were then entertained with a DVD slide show featuring remembrances of their 13 years together.

Class colors are red, white, and blue; class flower is the delphinium; and the class song is “Count on Me” by Bruno Mars. Class motto is “Small But Mighty.”

The evening ended with many hugs, laughter, and “selfies.” Also enjoying the evening with the seniors were class sponsors Angie Sasser and Nicole Jackson. Administrators in attendance were Dr. Daniel Shakespeare and Bennie Shellhouse. 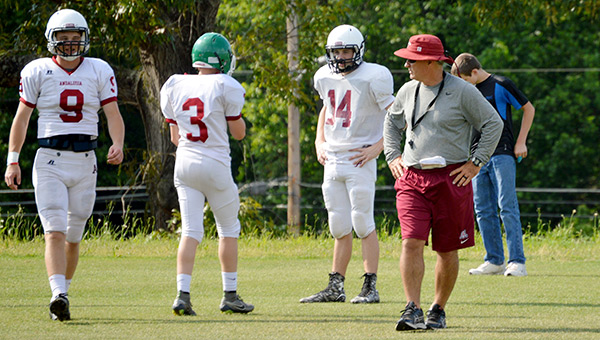 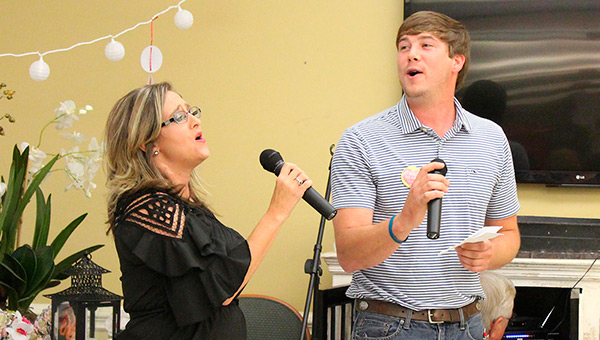