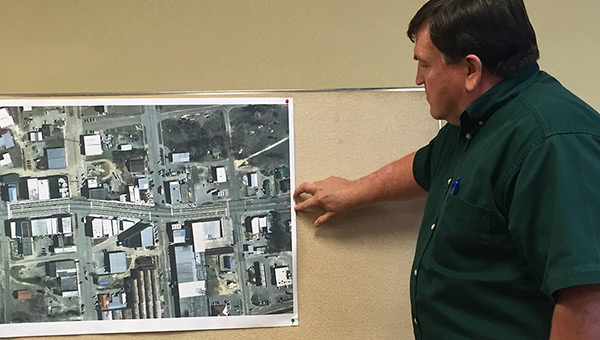 Officials with the state highway department say they believe smooth traffic flow is more important that parking in getting travelers to stop in Florala.

Based on that premise, they are suggesting restriping the downtown area – officially Fifth Avenue, but also referred to as Main Street – to accommodate four lanes of traffic, and changing existing parking from angled to parallel spaces.

Business owners and government leaders have been concerned about the flow of beach traffic since the state Department of Transportation removed traffic lights from the downtown area last fall.

Brent Maddox, who is a Red Oak native and a DOT district manager in the Andalusia office, made the suggestions to the council Monday night. A public hearing is set for 5:30 p.m. on Mon., May 23, before a final decision is made.

“Our hands are tied as to what we can come up with,” Maddox said. “There are buildings on each side, and bypassing town is not a popular subject. “

Maddox said streets in the downtown area are wide enough to be designated four-lane with a center turn lane, and suggested designating parking areas on side streets.

“We looked at at taking center the turn lane out (to keep angled parking), but we can’t do it. There’s not enough room. But it will work with the parallel parking.”

Maddox said studies show that when traffic is bottlenecked, people don’t stop because they fear not being able to get back in traffic.

“If traffic is flowing smoother, more people stop,” he said.

At present, there are 95 angled parking spaces in a three-block area. That number would drop to 64 spaces with parallel parking.

“You are losing parking spots, but we can funnel parking into areas near there,” he said.

Maddox said DOT recently awarded a bid for paving Hwy. 55 from Yellow River to town. The project should begin in a couple of weeks, he said. 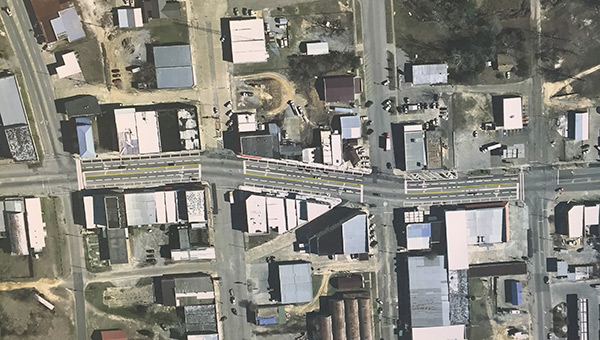 LBWCC offers way to jump ahead in math

LBW Community College is offering an opportunity for students to jump ahead in math courses during their break between semesters... read more