Witness to an execution? 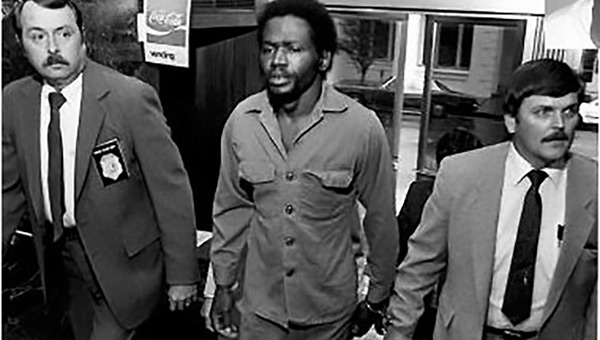 If the execution of Vernon Madison proceeds as planned this week, Andalusia’s Wilbur Williams plans to be present.

Williams, former Andalusia police chief, was a homicide investigator for the Mobile Police Department when Madison, now 65, was charged with killing one of Williams’ co-workers in April of 1985.

Cpl. Julius Schulte was a juvenile investigator at the time of his death.

A Mobile woman, who lived with Madison at the time, had reported her child was missing as a result of a domestic situation. Schulte was dispatched to investigate. He was in his unmarked car, talking to the woman through the passenger window, when Madison approached the vehicle from the rear and the driver’s side, and fired two shots into the back of Schulte’s head.

“He was a big old teddy bear of a man,” Williams recalled. “There were hundreds if not thousands of juveniles he had helped.”

Williams said Schulte never knew what hit him. Williams was with the family when they made the decision to take him off life support, and also present for the autopsy that followed.

“We had an eyewitness who told us it was (Madison),” Williams recalled.

Williams said Madison never admitted to pulling the trigger that killed Schulte; but he also never denied it.

Madison was found guilty three times, the first time in September of 1985. State appellate courts twice had sent the case back to Mobile County, once for a violation based on race-based jury selection and once based on improper testimony for an expert witness for the prosecution.

His attorneys have asked for a stay in the execution, citing his current mental condition. A Mobile County circuit judge dismissed the petition, but the Alabama Court of Criminal Appeals is currently reviewing the state’s death penalty statute and could still intervene.

Williams, the only surviving member of the seven-person team who investigated the murder, said Tuesday he has written to Gov. Robert Bentley, asking that he not grant clemency to Madison because of the heinous nature of his crime.

On Tuesday, he was seeking permission from the Department of Corrections to witness the execution; if that’s not possible, he said he plans to stand at the gate of Holman Prison during the execution, set for 6:30 p.m. Thursday, in respect for Schulte’s family.

The nonprofit Project Hope to Abolish the Death Penalty in Alabama has planned vigils in Birmingham, Mobile and Montgomery if the execution goes forward.

Those incarcerated at Holman prison in Atmore will show their respect and solidarity by refraining from sports and wearing their dress whites in the yard, where they will observe moments of silence and prayer on Wednesday and Thursday.

Blue Cross and Blue Shield of Alabama’s Be Healthy School Grant Program is awarding $250,000 in grants to 28 schools... read more