Florala Mayor Robert Williamson has announced he will not seek a third term in this year’s municipal elections. 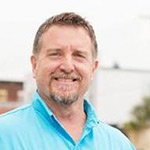 “It has been an honor to serve and, I believe, the decisions of the last eight years, by your city councils, have been, for the most part, extremely advantageous to Florala,” Williamson said. “There have been a litany of achievements and we have worked extremely hard to turn setbacks into positives for our community. It is my belief the city looks better, has a better business climate and more potential than anytime in the last several decades.”

Williamson said municipal officials have ironed out many long- standing issues, and has Florala on the brink of moving in a definitively positive direction.

“The city’s finances are better than they have been in a very long time and the future is bright,” he said.

Even though he is not seeking reelection, he’s also not done.

“We have many goals to reach in the remaining five months of this term, but I have decided to announce my intentions as a means to prompt others to consider running for the position,” he said. “Admittedly, if you have selfish interests in mind, please don’t run. Florala deserves a public servant who is committed to not only improving our economical lot, but our image and our attitude.”

Municipal elections will be Tues., Aug. 23.

Straughn Elementary School’s gifted students proved how gifted they were Thursday after taking home awards in both events in... read more