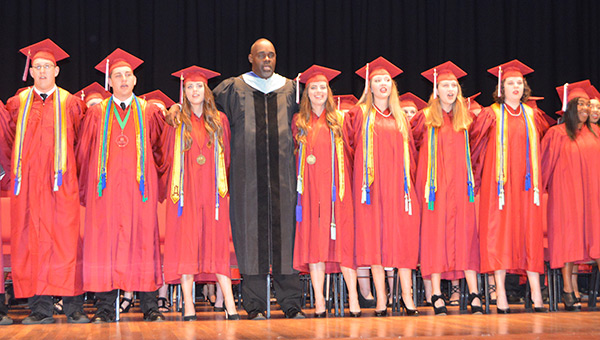 Members of the Andalusia High School Class of 2016 were challenged during commencement to live up to their reputation of being an excellent class.

In speeches peppered with humor, twin sisters and top graduates Elizabeth and Hannah McCalman, salutatorian and valedictorian respectively, began their speeches with congratulations.

Elizabeth McCalman congratulated her “little sister,” younger by 11 minutes. Hannah McCalman said the two of them, daughters of David and Stacey McCalman, studied together and helped each other.

Elizabeth McCalman said, “Our journey began in the colorful halls of Andalusia Elementary, where our priorities were the alphabet, naps and snacks. Later, our parents had a chance to do an Alabama history project.”

Middle school was a time of teen drama, and growing up, she said, adding that moving to the high school was “terrifying and exciting.” 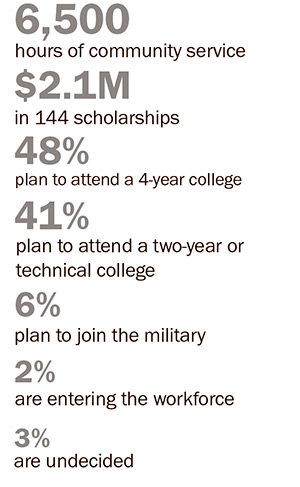 “Our classes got tougher,” which contributed to the daily academic conflict in their household, she said.

The class motto, “Small but mighty” represents them well, she said.

“We are small in number – 91,” she said. “But dynamite comes in small packages.

“Our class has contributed almost 6,500 hours of community service, earned $2.1 million in scholarships, made it to the third round in playoffs, and won numbers competitions in band.”

She encouraged her classmates not to lose sight of that success in a world that largely defines itself by material goods.

“The best we can do is our best, and best is exactly what we should do,” she said.

She also quoted American Olympic runner Steve Prefontaine, who said, “To you give anything less than the best is to sacrifice the gift.”

Andalusia High School principal Dr. Daniel Shakespeare described the class as exceptional, and said its members have excelled athletically, academically, and in the arts.

“There are 31 graduating with an advanced diploma,” he said. “There are 31 members of the National Honor Society.

“These graduates have earned 144 scholarships worth $2.1 million.”

“You were not born to be average,” he told them, adding later, “You were born to be great.”

Class president Amy Dell Hines said the class is presenting AHS with a stained glass featuring the Andalusia “A,” to be placed in the entrance to the auditorium and made by Superintendent Ted Watson this summer.

Next year, she said, the class will begin a scholarship in memory of Meredith McGlamory, who would have graduated in their class, but lost her life to cancer at age 5. 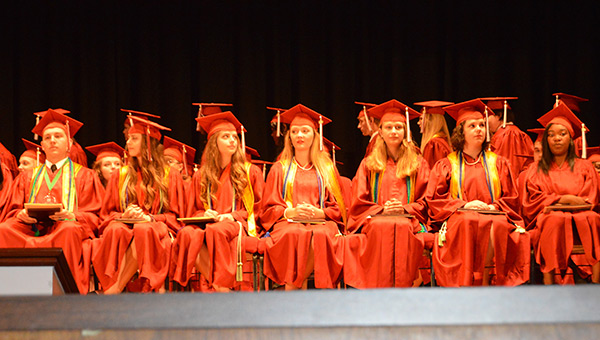 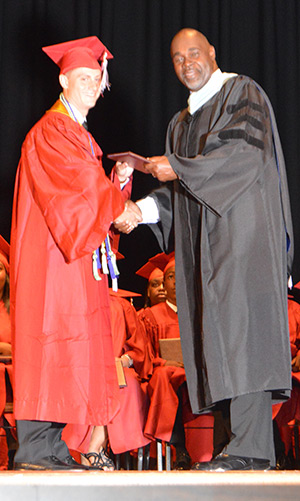 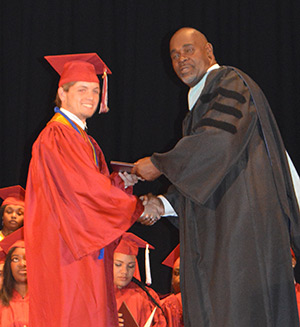 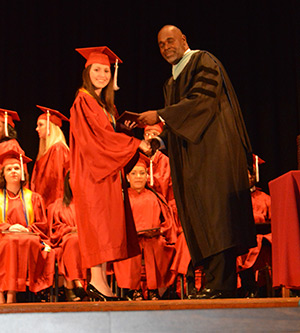 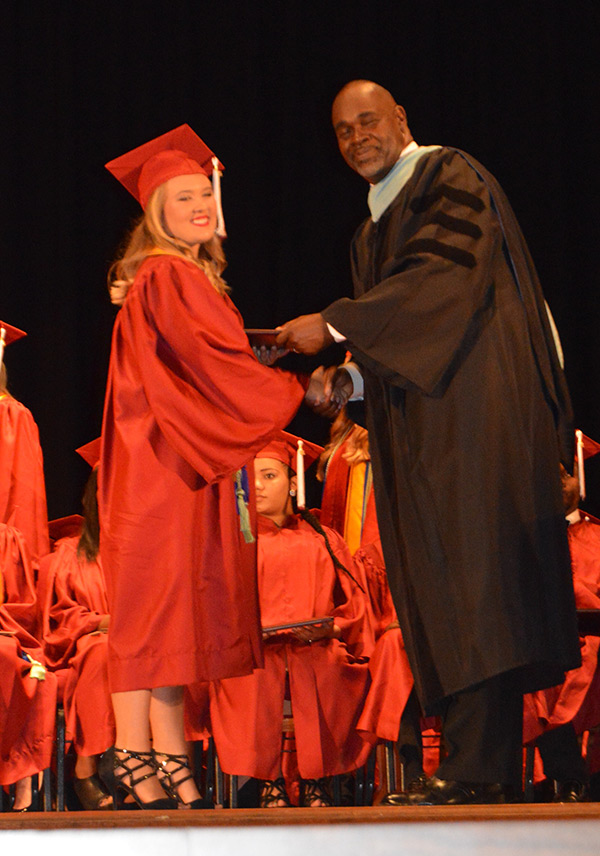 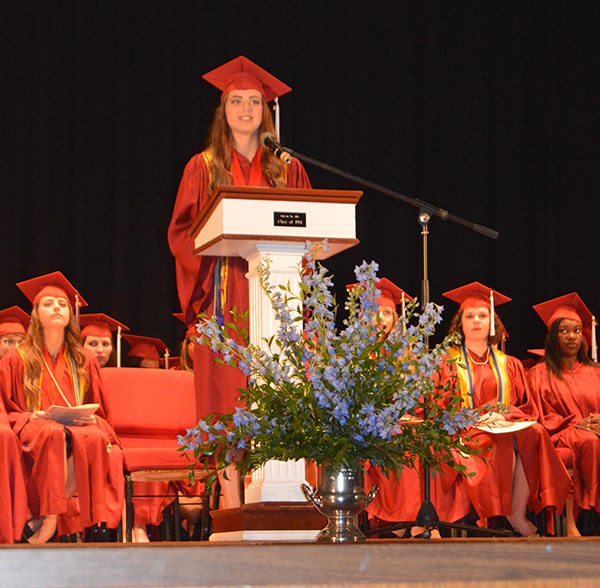