The investigation spanned into and around Covington County, DTF Agent Greg Jackson said.

She was charged with possession with the intent to deliver methamphetamine and possession of drug paraphernalia.

Agents also arrested Erick Pepper of Brantley, and charged him with possession with the intent to deliver methamphetamine, as well.

Michael Moody of Andalusia was also arrested and charged with possession with intent to deliver methamphetamine and possession of drug paraphernalia, and his bond was set at $220,000. 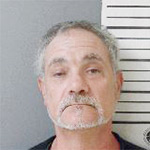 Jackson said that agents were also able to set up a deal in Ozark, where they intercepted a delivery of methamphetamine ICE and made an arrest in Ozark for trafficking methamphetamine.

“Both of those subjects’ names are being withheld at this time, but are presently in custody,” Jackson said. “Agents know that we have a large problem with methamphetamine in Covington County, and we are doing our best to stop the flow into our county.”

In the last few months, agents have arrested multiple people for meth.

Since May 1, Jackson said agents have arrested 14 people for meth. Last Thursday, DTF agents arrested Lisa Hickman and Jose Trevino with manufacturing first degree charges and a slew of other drug-related charges.

Last week, agents and Opp Police arrested Sharon Victoria Adkinson for possession of a controlled substance and various other drug charges when they found several individual packages of methamphetamine while serving a warrant. 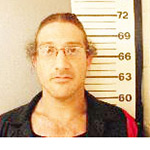 On April 28, an Onycha couple was arrested after agents received a tip there was methamphetamine being produced at a residence. Melissa Cook and Michael Cook were arrested and charged with manufacturing first degree, drug trafficking and felony possession of drug paraphernalia.

“The Drug Task Force is asking the public to call if they see or know of any illegal drug activity,” the statement read. “If desired, the call can be anonymous. Callers are only asked for names and numbers if they are willing to give out that information.”