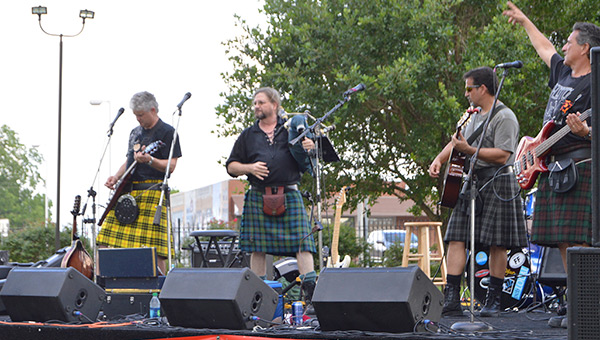 The Krooked Kilts performed at the fundraiser. The bagpipe player is Bubba’s brother, Mike.

Charles “Bubba” Bailey was hospitalized and unable to attend a fundraiser in his honor Saturday, but organizer Brandy Hudson said the event was a great success.

Bailey, a former Andalusia Police Department officer, recently was diagnosed with pancreatic cancer and has no insurance. Saturday was the second fundraiser members of the APD and auxiliary have done for him and his family. 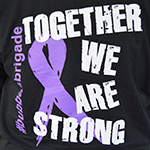 Above: Bubba Bailey shows some love for Roger Cender and Nathan Frank. Below: Bailey pauses for a photo. Today is,... read more