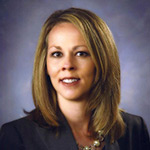 Cotton has been an attorney since 2007, and previously practiced with South Alabama Law, LLP.

She is a graduate of Thomas Goode Jones School of Law, and earned a bachelor’s degree in criminal justice from Faulkner University.

She also graduated from Prince Institute of Professional Studies, and previously worked as a court reporter.

She serves as treasurer of the Covington County Bar Association, and previously served on the LBW Community College Foundation board.

She and her husband, Lamar, have one daughter, Helena.

The Crenshaw County Sheriff’s Office has ruled the death of a Rutledge man a homicide. Edwin Earl Cosby, 78, of... read more