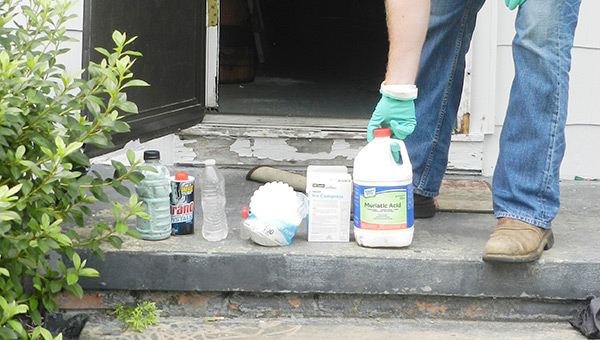 Drug Task Force agents arrested a pair with more than 20 ounces of meth oil Tuesday at an Andalusia residence.

DTF Agent Josh Hudson said that agents had received information on the pair at 302 College St.

“Agents came to do a knock and talk,” he said. “When we arrived, there was a strong odor of marijuana coming from the residence.” 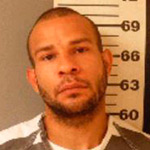 “Straughn showed us a one-pot meth lab,” he said.

At that time, DTF agents, requested a search warrant.

They were able to recover several old bottles used for manufacturing methamphetamine and a bottle that still had meth oil in it. 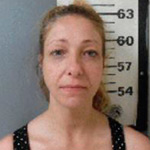 One-pot or shake and bake labs have become popular since pseudoephedrine laws were implemented several years ago.

A one-pot meth lab is basically a bottle filled with chemicals used to make meth.

At the scene, agents recovered soda bottles, PowerAde bottles and more used to manufacture the drug.

The pair were charged with manufacturing first degree, trafficking and felony possession of drug paraphernalia. 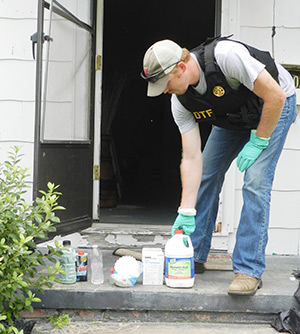 DTF Agent Josh Hudson places muriatic acid, along with other ingredients used in a meth lab found at 302 College St. in Andalusia Tuesday, on the front porch.