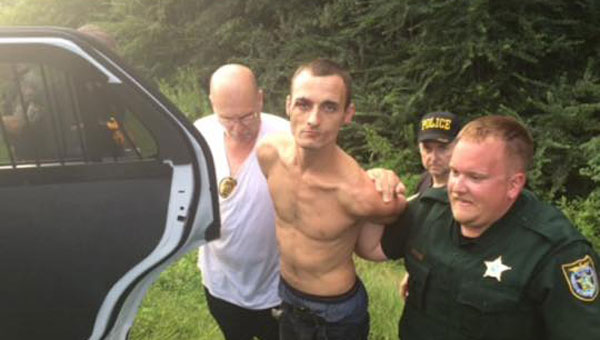 A man wanted out of Florida is behind bars tonight after he allegedly brandished a weapon at a neighbor, escaped from handcuffs, and then stole a Florala police car before wrecking it in Walton County, Fla.

Florala Police Chief Sonny Bedsole said Sunday evening that at approximately 3:40 p.m., FPD responded to South 9th Street in Florala to a call of a subject brandishing a firearm at a neighbor.

“Upon officers’ arrival and investigation, the suspect was identified as Anthony Scott Brown, a white male subject who had felony warrants out of Florida for violation of probation, grand theft auto, as well as a local warrant for feeling and attempting to elude,” Bedsole said.

The Covington County Incident Response Team was called in to help.

Bedsole said several occupants of the residence where Brown was located were allowed to exit as officers set up a perimeter.

Officers were able to talk Brown into surrendering without incident.

He was handcuffed behind the back and placed in a patrol car.

Police entered the residence to clear the house and recover the firearms while two officers remained outside with Brown.

Brown slipped the handcuffs from behind his back, in front of his body and climbed through a small window into the front of the patrol car and stole the patrol car, fleeing into Florida, Bedsole said. 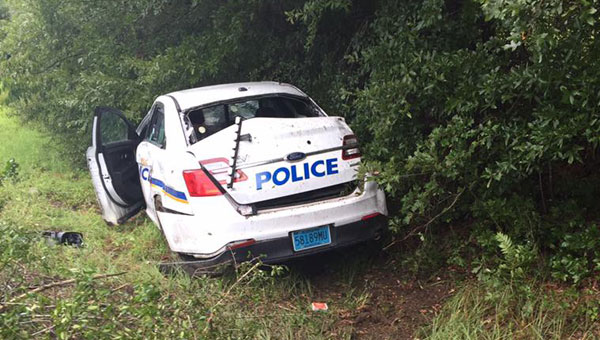 He is being charged with theft of property, escape, reckless endangerment in Alabama and charges in Florida.

Bedsole said the case is still under investigation.

Brown was transported to the Walton County Jail and is currently awaiting extradition to Covington County.