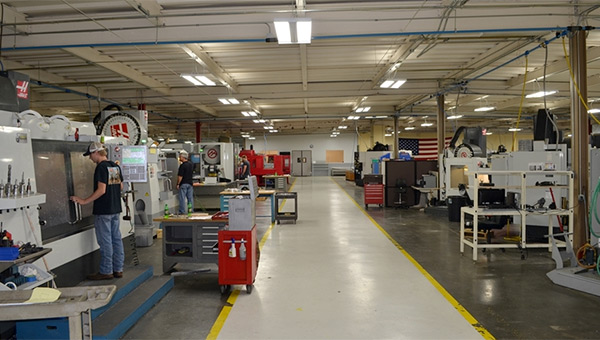 Things are looking up for Global Aerospace and Defense Manufacturing in Opp.

HUBZone is a program that helps small businesses in urban and rural communities gain preferential access to federal procurement opportunities.

“HUBZone opens up many doors for defense contracts,” he said. “We have started getting calls from Northrop Grumman and Lockheed Martin already.”

Russo said Lockheed Martin is scheduled to visit the site this week.

“This is going to give us a lot of opportunities to start growing,” he said. “We are very remote. We have been on the downside because of the economy.”

In August 2015, Russo told the Star-News that he hoped to add up to 200 jobs this year and that the company was working on a new venture for a new type of handgun.

This week, he said the handgun project is still in the works, but they are trying to get contracts to be able to hire more people from the local area.

“This will hopefully help us start hiring,” he said. “They are already preparing and quoting and if we do a good job we can get more contracts.”

Currently there are 27 employees on the payroll, he said.

“We are supposed to be up to about 80 in the next eight months, and I’m not just saying that,” he said. “We hope to be exceeding that. That’s a nice advantage of the HubZone, it gives a little bit better than a competitive advantage.”