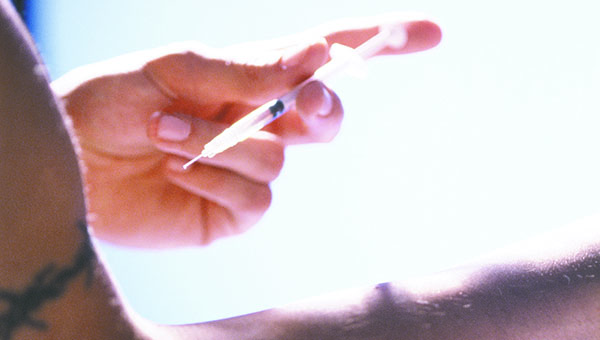 Alabama is one of 30-plus states who is suing drug makers for blocking competition and inflating prices of medicine used to treat opioid addiction.

The lawsuit includes makers of Suboxone, a brand name of a prescription that is used to treat opioid dependency including heroin addiction.

Suboxone is a combination of buprenorphine and naloxone.

The suit was filed in the U.S. District Court of the Eastern Division of Pennsylvania.

The lawsuit alleges that the companies worked together to sell a dissolvable oral strip rather than the pill version of Suboxone.

The strip was also marketed as the safer alternative and the company pulled the original pill off the market.

The suit alleges this was done to keep the manufacturers profits higher, while keeping generic manufacturers from producing a competitive strip.

The 35 states allege that Indivior violated anti-trust laws when it extended its monopoly.

“This conduct forced consumers to pay more for Suboxone and severely limited their options for treating their opioid addictions,” Pennsylvania State Attorney General Bruce R. Beemer said in a statement announcing the suit.

“Antitrust laws exist to protect consumers from unscrupulous trade practices that stifle fair competition,” said Attorney General Luther Strange. “This lawsuit seeks to stop Indivior from doing so, and to provide relief for consumers who were harmed.”

It’s no secret that opioid and heroin use is rampant in Covington County.

The problem has prompted the Children’s Policy Council to take on prescription pill abuse and has also prompted members of law enforcement to speak out.

“Ladies and gentlemen, beware,” Opp Police Mike McDonald said. “Be smart. Talk to your doctor and make good decisions. If you think you have a problem, seek medical assistance immediately. If you let it go, you will pay a terrible price.”

District Attorney Walt Merrell has also been vocal about his concerns about prescription pill abuse.

“Two-hundred forty-nine million opioid prescriptions in 2013,” he said previously. “And that is up from the year prior. We are the most opioid-prescribed country in the world and prescription abuse and dependency is one of the most pressing issues facing our nation. I know that many of our local doctors guard cautiously against being taken advantage of by their patients, and I commend them for their efforts, but this measure by the CDC couldn’t have come soon enough.

“Some people need legitimate pain care,” Merrell said. “Others are just looking to get high, and what we have to be especially careful about is those who start out with a legitimate need and end up as an addict.”

“The proliferation of opioid addictions is a tragedy in America and particularly in Alabama,” noted Strange. “I have been committed as Attorney General to combat drug abuse through such programs as Prescription Drug Take Back and in Congress where I advocated a new law to expand prevention and education efforts throughout the nation. It is imperative that we make the best use of our resources to be effective in fighting this important battle. ”