Funeral services will be held at 4 p.m. on Fri., Sept. 30, 2016 from Foreman Funeral Home Chapel, interment will follow in Goodhope Cemetery.

The Rev. Doyle Prescott, the Rev. Ronnie Scott, and the Rev. Sonny Steele will be officiating the services.

Visitation will be held from 1:30 to 4 p.m., prior to services at the funeral home. 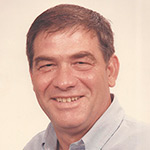 Funeral services will be held at 2 p.m. on Thurs., Sept. 29, 2016, at Foreman Funeral Home Chapel. Interment will follow in Oak Grove Baptist Church Cemetery. Visitation will be Wednesday night from 6-8 p.m. at the funeral home.

He is survived by his wife, Okhui Smithart; daughter and son-in-law, Casey and Michael White of Andalusia; grandchildren, Christopher White, Mikah White, and Kaylee White; brothers and sisters-in-law, Robert and Jean Smithart of Andalusia and Paul and Faye Smithart of Massachusetts; sister, Rachel Eddins; and a number of nieces and nephews.

For those unable to attend the service may sign the guest registry online at www.foremanfuneralhome.com.

Mr. Ivey was the son of the late Jesse Cleveland Ivey and the late Anna Jones Ivey. He served in the U.S. Army for two years. He was employed for 36 years with Union Camp in Chapman as a plywood plant operator.

Funeral services will be held 10 a.m., Mon., Oct. 3, 2016, at Welcome Church in the Pigeon Creek Community. The Rev. David Roy will officiate. Interment will follow in the Kervin Cemetery with Keahey Funeral Home directing. The family will receive friends from 5 to 7 p.m., Sunday at Keahey Funeral Home.

Ms. Ivey was born Dec. 26, 1941, to the late Corlos Odom and the late Bessie Armstrong Odom. Her family described her as a lady who loved her family dearly and when she had good health, she enjoyed “keeping the roads hot” with trips to the beach and visiting with friends and family.