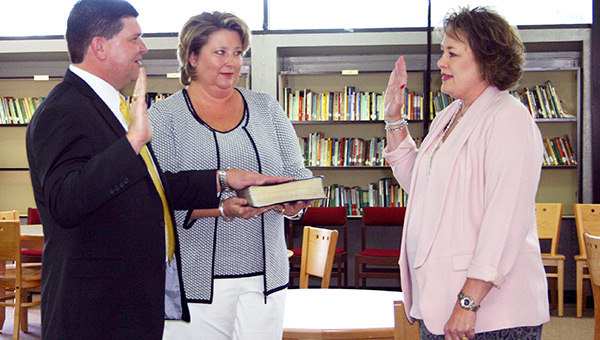 Merrill Culverhouse is sworn in to office by District Judge Julie Moody. He is also shown with his wife, Susan Culverhouse.

Dr. Lori Stanfield and Merrill Culverhouse were sworn in Monday in their new seats on the Opp City Board of Education. Outgoing members Rothel Moody and Becky Bracke were also honored for their service. 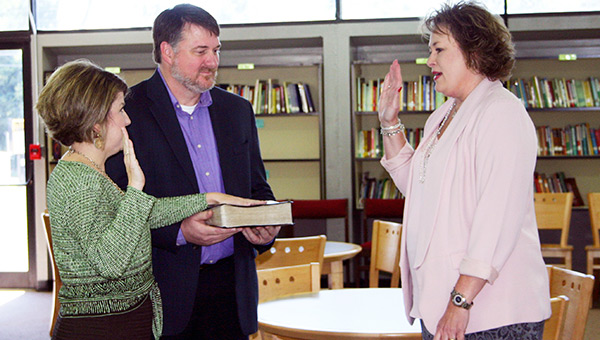 Dr. Lori Stanfield is shown in by District Judge Julie Moody. She is shown with her husband, Dr. Mike Stanfield. 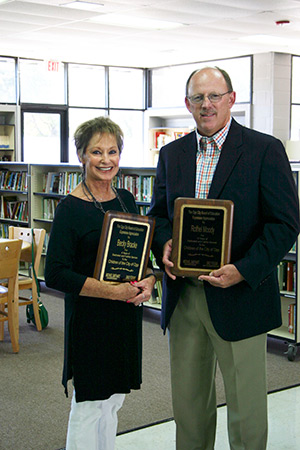 ecky Bracke, who served four years on the board of education, and Rothel Moody, who served 12 years, with 10 of those as board president, were given plaques by Superintendent Michael Smithart and Assistant Superintendent Emily Edgar. 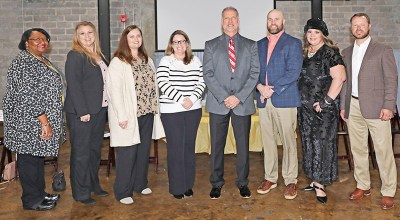