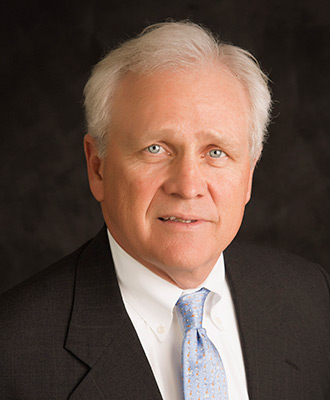 Southeast Gas president and CEO Greg Henderson of Andalusia recently was elected chairman of the board of directors of American Public Gas Association (APGA).

Henderson was elected during the APGA Annual Meeting in San Francisco, Calif. APGA is a national, not-for-profit association representing more than 700 publicly-owned natural gas distribution systems in 37 states. APGA is the only trade association that solely represents the interests of public natural gas systems at the federal legislative and regulatory level.

“Our industry brings a valuable commodity to the market, and this year, I’d like to suggest that our industry provides something even greater for our nation – security,” Henderson wrote in an opinion piece for APGA magazine. Natural gas represents a secure energy source, a secure economy and a secure environment – for this generation and many more.”

APGA president and CEO Bert Kalisch said, “As the APGA chairman, Mr. Henderson brings the necessary experience and institutional knowledge to deal with the many issues facing local utilities. His leadership ability and knowledge of the natural gas industry will serve our members and industry well.

“With the many natural gas issues our industry faces in Congress, the administration and federal agencies, public natural gas systems are presented with numerous challenges and opportunities,” Kalisch said. “Our current supply projection provides our country with a unique opportunity to utilize our domestic natural gas resources to reduce our energy dependence, increase overall energy efficiency, and decrease greenhouse gas emissions. This is best done by both accommodating the greater direct-use of natural gas and putting more natural gas vehicles on the road. Mr. Henderson understands these opportunities and is prepared to successfully lead APGA through these times.”

Henderson has served as Southeast Gas president and CEO since 2006. He joined Southeast Gas as director of finance and administration and chief financial officer in 1998. Prior to joining Southeast Gas, he was employed by PowerSouth Energy for 12 years and PriceWaterhouseCoopers LLP in Birmingham for three years.

He currently serves on the boards of Economic Development Partnership of Alabama, Auburn School of Accountancy Alumni Advisory, Easter Seals of Alabama, and CCB Community Bank. He is past president of Alabama Natural Gas Association, Andalusia Chamber of Commerce, Andalusia Rotary Club, and LBW Community College Foundation. Henderson is Certified Public Accountant, and a graduate of Auburn University with a degree in Business Administration/Accounting.

The Pilot Club of Andalusia and the Covington County Sheriff’s Office has again partnered to expand their knowledge of Project... read more