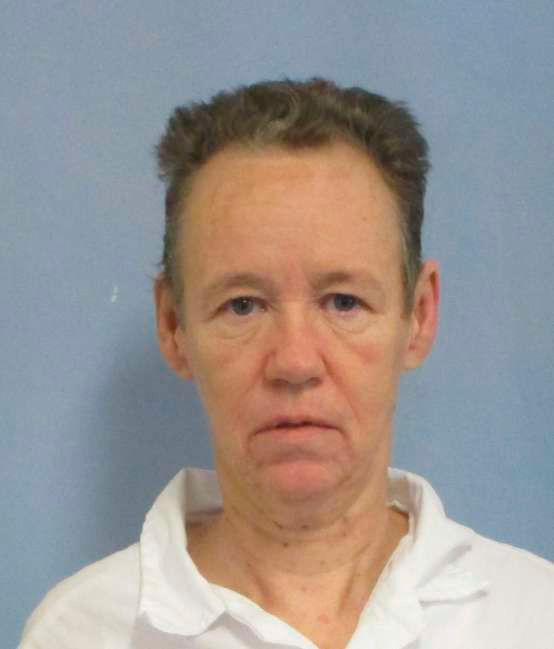 According to the Alabama Department of Pardons and Parole, Terrie Alice Teppenpaw, who is serving time for two murder convictions and theft of property, will have a hearing on Aug. 29.

Teppenpaw is being held in Tutwiler Prison, Alabama’s only women’s prison. As of today, she has served 18 years, one month and 27 days of her 25-year sentence.

Her charges stem from a November 1998 wreck in which two people – Ruthie Mae Harrison and Merlene C. Anderson – died as a result of the accident. Harrison died instantaneously and Anderson succumbed to her injuries a month later.

Court records show that Teppenpaw struck the rear of Anderson’s vehicle on Hwy. 55 near Libertyville. The collision caused Anderson’s car to leave the roadway and strike a pine tree.

The investigating officer said that Teppenpaw was very intoxicated and admitted to taking prescription medicines. She had several prescriptions, including Darvocet, a narcotic pain reliever, in her possession. A marijuana roach was also found in the car, as well as a tin can with marijuana inside, rolling paper and a lighter.

She also had her 2-year-old and 4-year-old children in the vehicle with her.

Days later she was charged with theft of property after she never returned a car to Hoss’s in Opp.

Court records show that Teppenpaw came to the car lot and asked if she could take the vehicle to an Andalusia loan company. She left at 3 p.m., and the owner called the loan company at 4:45 p.m. and they told him they hadn’t seen her.

She pleaded guilty to two counts of murder, one count of theft of property I, possession of marijuana, reckless endangerment and DUI.

Joseph Edward Nichols III will have a parole hearing on Aug. 22.

Nichols is serving time for murder and kidnapping out of Butler County and escape I and theft of property in Covington County. He is currently being held in Fountain Correctional Center.

Nichols received a life sentence, and has served 15 years, 9 months and two days.

According to the Greenville Advocate archives, the Georgiana man was sentenced to two consecutive life terms in June 2002 after he pleaded guilty to charges of kidnapping second and murder first degree.

Nichols was accused of the murder of Walter Sebastian Booker, 25, and kidnapping Booker’s 4-year-old daughter, in McKenzie on Nov. 9, 2001.

Reports indicate that on Oct. 31, 2001, Shonda McIntyre of McKenzie signed a warrant for Nichols’ arrest for domestic violence.

On Friday night, Nov. 9, 2001, Nichols allegedly called the Sebastian Booker, and asked him to meet and bring his daughter.

Reports show that Booker agreed. Nichols shot Booker point-blank in the chest while Booker’s daughter watched, then dragged the body into the woods, concealing the victim’s car and kidnapping the young girl.

He went to a nearby home and used the phone to call McIntyre, who was at work in Andalusia.

McIntyre told Nichols she had nothing to say to him, and then he told her he had her daughter.

According to newspaper archives, Butler County Sheriff Kenny Harden, who was a deputy at the time, went to the Andalusia Police Department and informed officers of the situation.

Harden said that the Butler County Sheriff’s Department was then notified and began their investigation.

Nichols told McIntyre to meet him at Whittle Bridge and that she needed to hurry and not to bring anyone.

Deputies hid in the trunk of McIntyre’s car, but Nichols was not at the bridge when she arrived.

“We got the car and then, approximately less than 200 feet from the car, we found Sebastian’s body, where it had been dragged off into the woods,” Harden said.

A manhunt to find McIntyre and Booker’s young daughter ensued.

After nearly 24 hours, Nichols was located at his grandfather’s residence in the Friendship community of Butler County with the child.

Nichols’ probation was revoked on Nov. 16, 2001, and he was placed in the Covington County Jail for security purposes.

Newspaper files show that Nichols was sentenced as a habitual offender, after being sentenced in 1999 on charge of murder and rape. Those charges were from the shooting death of his ex-mother-in-law and the rape of his wife.

Both Teppenpaw and Nichols were eligible for parole consideration on May 1, 2017.

New Straughn Elementary third grade teacher Christa Holley is excited about fulfilling what she feels is God’s calling on her... read more