A Jacksonville teenager and former Andalusia resident will travel to Orlando today to audition for American Idol, hoping it will be his big break, Jacksonville’s First Coast News, and ABC affiliate, reported Wednesday. 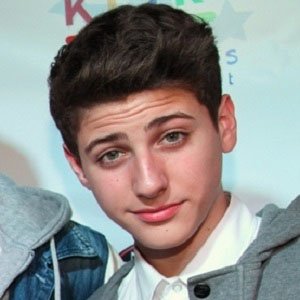 To sing, put on a show and they’re singing my songs back to me that’s a dream come true,” said 17-year-old singer and songwriter Christian Wossilek.

“I’m singing for the executive producers and then if I get passed that round then I’ll go to the auditions in front of the celebrity judges.”

The Alabama native, who is now a senior at Old Plank Christian Academy in Jacksonville, said he never imagined he would one day be singing in front of a crowd, let lone judges.

It all started with a school flier five years ago.

“Coming home with a flier that I got out of my band class for the talent competition, a singing competition in Alabama and I gave it to her (His mom) and was like, ‘Can I do this?’ and she was like, ‘Do you even sing?’ “

Not only could Christian sing, he also went on to win the state competition. His interest in music started at a very young age.

“I started out playing drums when I was like three or four and then gradually added on instrument after instrument,” he said.

Singing isn’t his only talent. He also writes his own songs, which he hopes to perform at the American Idol audition.

Although he’s confident about Thursday’s audition, he said he’s a perfectionist when it comes to music.

Covington County fire departments responded to more than 1,000 incidents during the first half of 2017. Brandon Holland with the... read more