AHEAD OF THE GAME

Williamson, who also is an assistant football coach and head soccer coach, is five years removed from college and teaching in his third school.

“This is absolutely the best use of technology I’ve seen,” he said. “We’re at the forefront. No one here is waiting for it.”

As a college student he said, it became evident to home that technology was going to play a huge role in education.

Andalusia Junior High School students use laptops to take a math test. The laptop, Ipads and other electronics are used in several different areas around AJHS.| Josh Dutton/Star-News

“However, even then I couldn’t imagine how much technology would enhance classroom learning,” he said.

His classroom includes a cart of 30 laptops which students can use to do things like a virtual dissection of a human cadaver, peeling back the layers of the body as they learn human anatomy.

And at AHS, it’s not just the freshly-minted educators who have embraced technology.

Dawn Thompson is in her 30th year as an English teacher at her alma mater. Her students still study the classic works of Chaucer, Shakespeare, and Dickinson, but technology is integrated into the learning process.

“They still have to memorize the prologue to The Canterbury Tales,” she said.

But she uses Google Classroom, a blended learning platform developed by Google for schools that is designed to simplify the creation, distribution and grading of assignments in a paperless way.

Her students, like most at AHS, use Quizlet as a study aid that uses games and quizzes. For instance, she demonstrated a Quizlet that teaches the Latin roots of words.

Thompson, who is known for her work staging a homecoming production each year, assured those gathered that AHS has not given up on any of its traditions.

“But we are embracing new technology to teach traditional topics,” she said.

Both Williamson and Thompson are members of the the AHS Apple Initiative Team, which participated in training this summer to prepare them to better integrate technology into the teaching process. This week they held an open house for the members of the

Andalusia Board of Education, mayor and city council members, members of the ACS Foundation board, and faculty.

“I don’t carry around stacks of paper anymore,” she said.

Among the tools she uses is Edmodo, which is similar to Facebook, but is designed for use by educators. It allows students to safely communicate, to access assignments, and to collaborate.

Students Andalusia High School and Andalusia Junior High School have access to more than 300 Apple computers which the system is leasing with funds from the city’s half-cent education tax. The computers remain at the school, but are used daily.

Trey Daniels and Avery Davis give morning updates as Ashli Parker holds the Ipad that doubles as the news team’s teleprompter.

AJHS media specialist Lesley Williams Thorn is working with students to produce a daily broadcast called Bulldog Business. Both students and parents can access the broadcast, which includes announcements and news, via YouTube.

An AHS students works on coding in Sarah Mixson’s class. By the end of the class, a student should be able to develop an iPhone app. | Courtesy photo

The Apple Curriculum contains three sections, Learning to Code 1, 2, and 3, Mixson said, adding that students should finish all three in one semester.

“I am teaching it in two classes each semester this year,” she said. “By the time students complete learning these three sections, they will have a working knowledge of the Swift programing language and be able to prototype their own apps like those in the Apple App Store.”

Students in her classes have to learn to think differently, she said. Coding is about problem solving.

“It’s like we are looking at problems through a microscope and breaking them down to the tiniest steps,” she said.

“Next year, we will embed the Introduction to App Development using X-Code and the Macbooks into my classes,” she said. 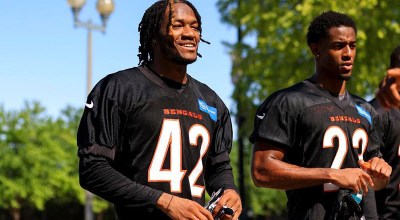