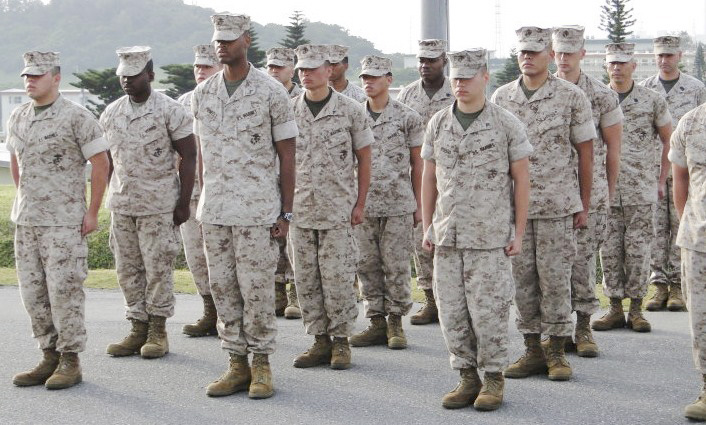 American Apparel has been awarded a $48 million Marine Corps contract to produce combat utility uniforms, and part of those will be made in the company’s Opp plant.

American Apparel also has plants in Selma and Centre, Ala.

Peggy Henderson, general manager of the Opp plant, said Wednesday that the trousers will be made in Opp, while the tops will be manufactured in Selma.

And that creates an immediate need to hire at least 10 full-time people, Henderson said.

“We’d love to have people with sewing experience,” Henderson said, “but we are training people every day.”

The company offers full-time employment with good benefits, she said, including six holidays and two weeks of vacation.

“And our Blue Cross/Blue Shield premiums are not going up this year,” she said.

The contract is for a maximum of $48,411,186 and is for five years, Chuck Lambert, head of manufacturing and operations, told The Selma Times-Journal. It is an 18-month base contract with one 18-month and two one-year option periods, according to a news release from the company.

Lambert said the uniform is the basic everyday utility and combat uniform worn by men and women in the U. S. Marine Corps.

American Apparel was founded in 1987 and is an industry leader in manufacturing uniforms for all branches of the military.

“We have been a very diversified maker of combat uniforms. We started here in Selma in 1987, and we pride ourselves on delivering a good product,” Lambert said. “We’re probably the most diversified combat utility uniform maker for the Department of Defense. We have produced Army combat uniforms, MCCUU uniforms, Navy work uniforms, the Airmen’s battle uniform as well as the Marine Corps frog uniforms all here as well as the old BDUs, which is what the company was founded on.”

Lambert said this is the fourth or fifth contract they have been awarded from the Marine Corps, and it says a lot about the company’s work to continue getting the contract.

“This is the fourth of fifth contract on that product as a follow-on contract, so we’ve done them a great job I think over the last 15 or so years,” Lambert said. “I think it’s obviously the quality, the price and the delivery of a good quality product for our Marines.”

American Apparel at one time closed its Opp facility, but reopened with 20 employees. From that base, it has grown to a current local workforce of 250.

“We’ve got those in the pipeline, and we’re hoping to be successful in those awards as well,” Lambert said. “If we do, those products will be made both in the Selma and Opp facilities.”

“We are pleased for American Apparel and their local employees,” Clifton said. “The company’s focus is government contracts, so each contract ensures local jobs. Their continued success, and ability to produce quality products, are proof to other potential employees that we have a strong local workforce.”

Blake DeShazo of The Selma Times-Journal contributed to this story.