How did Black Friday begin? 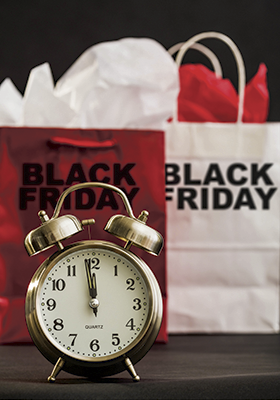 Black Friday is seen by many as a shopping extravaganza that begins in the wee hours of the morning on the day after Thanksgiving, offering deep discounts on various items, doorbuster deals and other specials that have customers anxious to raid the aisles.

Many believe Black Friday was named for the day retail companies would become profitable for the year (retailers would record losses in red in and profits in black), but other accounts of the origins of Black Friday differ.

One story attributes the name of Black Friday to Sept. 24, 1869, when two speculators created a boom and subsequent bust in the gold market. According to the History Channel, rebel speculators Jay Gould and Jim Fisk attempted to control the nation’s gold market. They hoped to drive the price of gold sky high, relying on a corrupt network that extended from Wall Street and the government of New York City all the way to the family of President Ulysses S. Grant. Eventually, the conspiracy unraveled on what became known as “Black Friday.”

Other historians say that Black Friday has ties to Philadelphia. According to Bonnie Taylor-Blake, a neuroscience researcher at the University of North Carolina, in the 1950s stores around Philadelphia promoted big sales the day after Thanksgiving when many people were off from work. The sales also were held in advance of the Army/Navy football game that traditionally took place in Philadelphia on the Saturday after Thanksgiving. Stores knew that suburban shoppers and football fans would be milling about town during the extended weekend. As a result, traffic cops and other law enforcement personnel had to work 12-hour shifts to corral the extra foot and vehicle traffic around the city. These cops referred to the day as “Black Friday.” Despite city officials’ best efforts to remove any negative connotations and rename the day “Big Friday,” the name “Black Friday” stuck and even spread to other areas of the country.

Black Friday is a phenomenom that marks the unofficial start of the holiday shopping season, though its history might be rooted in more than just buying gifts for loved ones.