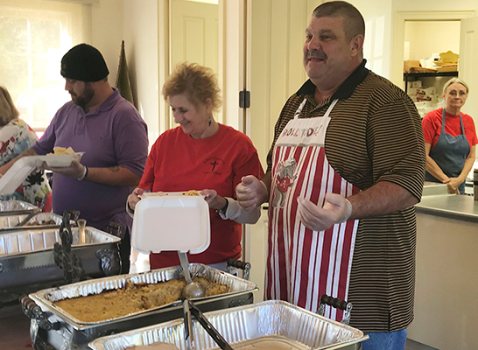 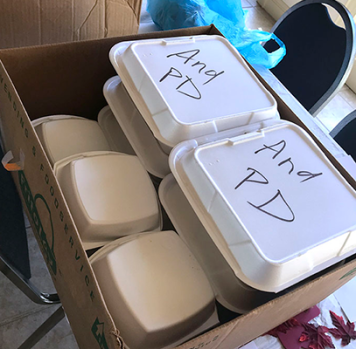 Jo's Community Dinners delivered to the APD, and others who worked on Thanksgiving Day. 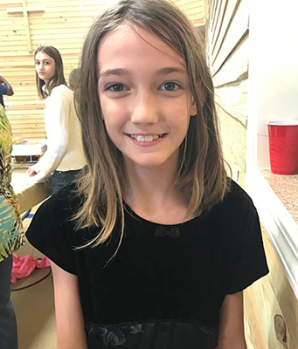 Storie Hicks served turkey, and said she loved helping others 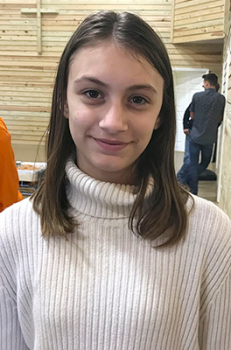 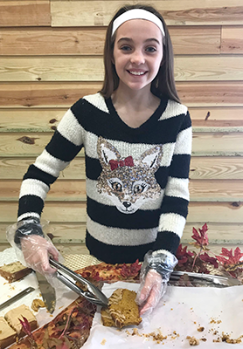 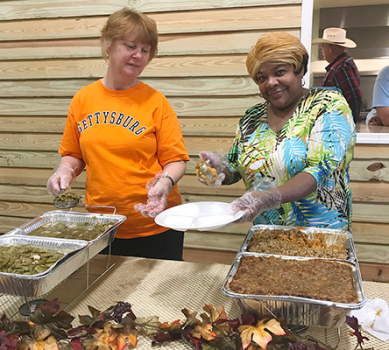 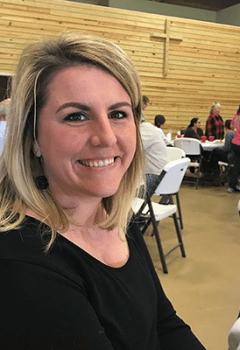 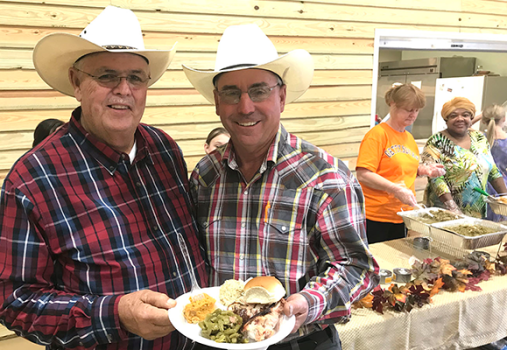 An estimated 600-plus meals were served to shut-ins, or those who weren’t with families on Thanksgiving, thanks to the efforts of several local churches.

“We delivered 70-something meals,” Pastor John Eiland said shortly after noon. “We’ve had a lot of folks coming in for carry out. We just wanted to be able to bless the community.”

Green Tree organizer Jasmine Pettis said most of the prep work was done on Wednesday.

“Someone who farms donated 75 pounds of sweet potatoes,” she said. “We peeled all of those and got them ready. And we chopped a lot of onions and a lot of pecans.”

Pettis said she was pleased with the first-year effort.

“I thought we would have a little more people come in, but I’m glad we were able to deliver meals.”

The volunteers working at Green Tree agreed they enjoyed the effort.

“This is our first time, but it won’t be our last,” Eiland said.

“We’ve had a lot of people volunteering, including Crossover Church and and Mt. Gilead Baptist. A lot of our kids have helped.

We were on the delivery team, and delivered a meal, a Bible, and a packet.”

Eiland had just come from the home of a disabled veteran, where he delivered lunch.

“He and his wife both said ‘Thank you so much.’ ” Eiland said. “If nobody else came, it was worth it to visit with them.”

“I enjoy helping and serving,” Derrien Guillory said, as she served cranberry sauce and rolls with her siblings and friends.

Myra Glover is no stranger to feeding a crowd – not even on a holiday – as she works in food service at Andalusia Health.

“It’s a blessing to be able to feed everyone,” she said.

Jenni Luis, 10, said she loved helping with the meal, and was looking forward to a piece of pumpkin pie. For t hat, she would need to see her friend KayLynn Wagoner, whose job it was to serve desserts.

At St. Mary’s Episcopal Church, which organizes Jo’s Community Dinners with the support of several local churches and civic groups, more than 400 meals were delivered or served. Veteran organizer Jan Morris said, “We have had so many wonderful volunteers come and help us, like every year.”

Kirk Spenard was among those volunteering for the first time.

“I had heard about it last year, and it was on my heart to come,” he said. “As a born again Christian, I enjoy serving. I have a heart for people and believe we should pay it forward.”

Spenard said he heard about the effort from local attorney Allen Woodard, who spent his morning supporting the kitchen volunteers by washing dishes.