Football & Christmas: What could be better? [With gallery]

The AHS Sound Tradition did double-duty Thursday night, performing at the pep rally and in the Christmas parade

Bulldogs greet the fans after the pep rally 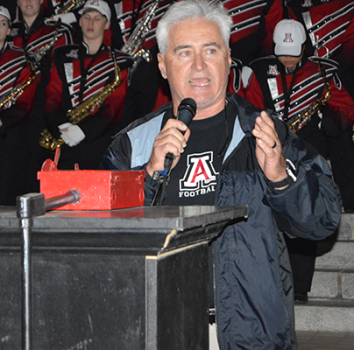 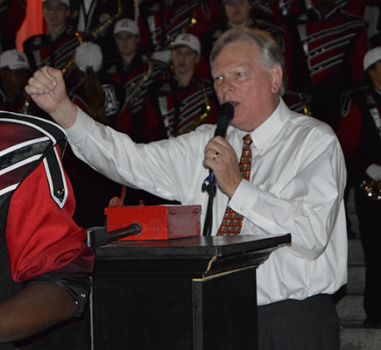 Mayor Earl Johnson might be a little excited about the Bulldogs’ appearance in the semi-finals tonight; 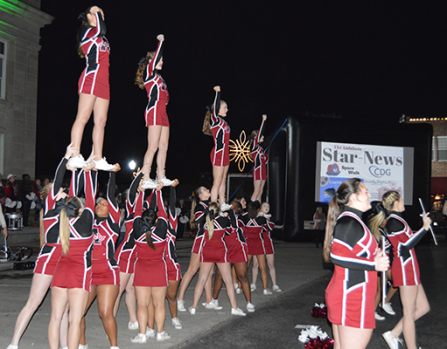 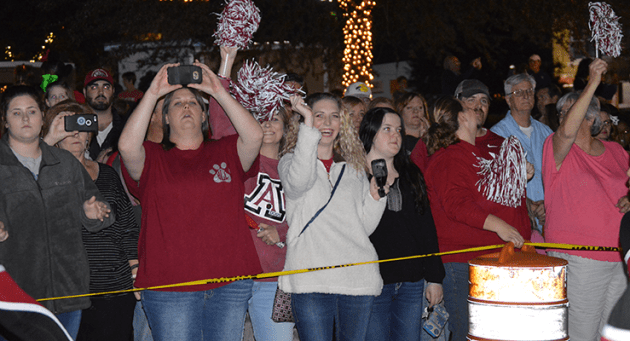 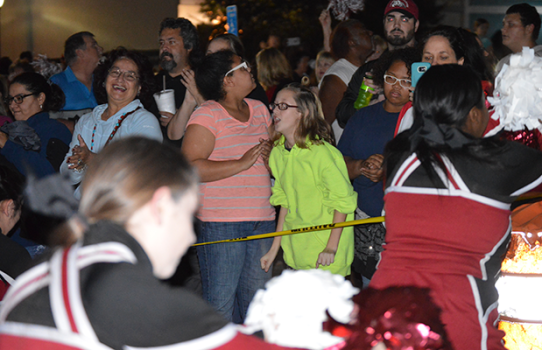 Several weeks ago, Andalusia High School coach Trent Taylor told supporters that one of his team’s favorite things is to still be playing football when the Christmas decorations go up.

At the time, the City of Andalusia had just erected the giant Christmas tree on the Court Square, and the Bulldogs were preparing for Round 2 of the Andalusia High School Athletic Association’s football playoffs.

Last night, the pep rally to cheer the Bulldogs on in tonight’s semi-finals against UMS-Wright, was set against a city fully decked out for today’s opening of Christmas in Candyland, and was immediately followed by the official events that kick off the holiday season – the tree lighting, and a 120-plus entry Christmas parade. There was much to love in Andalusia last night.