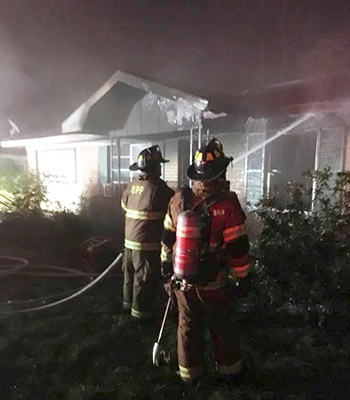 Two people escaped from a home in Opp during a house fire Saturday morning.

Spurlin said the home’s occupants were evaluated by Haynes EMS paramedics, and no injuries were reported.

Spurlin said firefighters fought the fire for more than two hours, with the last unit clearing the scene at 4:20 a.m.

“The cause of the fire is listed as undetermined,” he said. “The insurance company is sending someone tomorrow to look at the home, but it’s nothing suspicious. It was a total loss.”

The names of the individuals are not being released at this time.