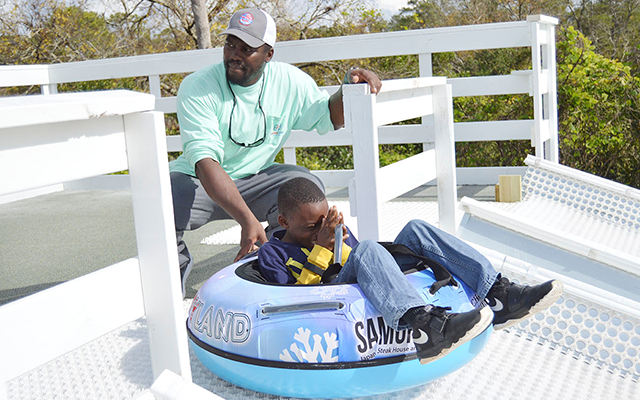 The added height on the Polar Bear Slide caused some youngsters to whisper a prayer and close their eyes on the way down. Josh Dutton/Star-News

Candyland 2017 opened this past weekend with a great start.

“Opening day is notoriously a slow day,” Chamber of Commerce Executive Director Chrissie Duffy said. “But we had more people on opening day than we’ve ever had on opening day.”

And this year, opening day and opening weekend coincided with football – the Andalusia Bulldogs in playoffs on Friday night and the Auburn Tigers in the SEC championship Saturday afternoon.

The event is more spread out this year, so people have more room to move around, she said. 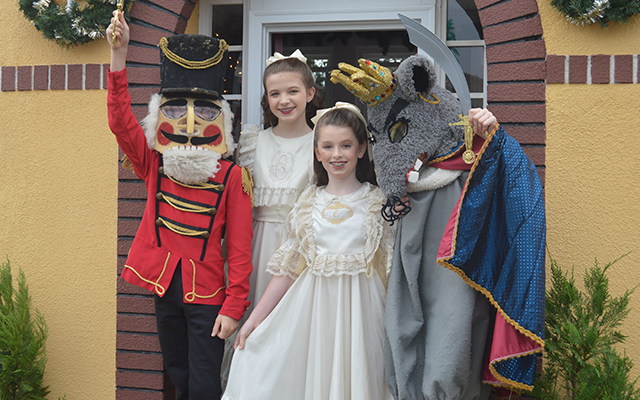 “We had steady traffic all day Saturday and Sunday, too,” Duffy said. “We weren’t just slammed and out of control, but everybody was busy.

“We have a good group of volunteers and staff, and they all seem to know what they’re doing,” she said.

City of Andalusia Director of Planning Andy Wiggins agreed that opening weekend went well. The taller and longer snow slide was a favorite, and Wiggins said even an 80-year-old “kid” went down it.

“When he got to the bottom, he wanted to donated money to Candyland because he couldn’t believe what all we had available for kids,” Wiggins said.

Monday afternoon, Duffy was busy sharpening the skates at the Springdale “skate shack” so they’d be in tip-top shape for field trips this week.

Candyland opens to the public again on Wednesday morning, when the village on the Square will be open for pre-schoolers from 10 a.m. until noon, with snow at 11 a.m.

Springdale on Ice will open from 5 until 8 p.m. on Thursday.