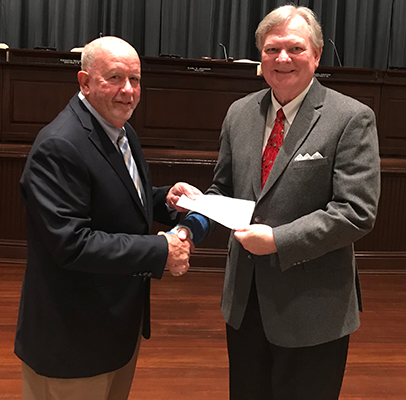 The Andalusia City Council usually votes to spend money, but on Tuesday, the council got a windfall.

Councilman Kennith Mount, who represents the city on the board of Southeast Gas, presented a check for $289,850.

Southeast Gas is owned by 14 municipalities, each of which has equal representation on the company’s board of directors. Each year, the company distributes profits back to its municipalities.

“In addition to this direct benefit to the city, Southeast Gas does other things to support the community,” Mount said. “In the last seven years, we have given an average of $12,000 to the school system and contributed to economic development enhancement $13,000 per year.”