Carnley to seek sheriff’s office in 2018 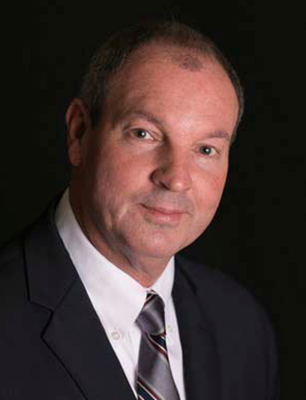 Nickey Carnley has announced his candidacy for sheriff in 2018.

Carnley, who retired as chief of the Opp Police Department, currently works with the Covington County District Attorney’s Office.

Carnley said he has experience that works, a passion to serve all and to protect all.

“I believe in accountability and transparency to the citizens I am allowed to serve, and I am someone who is accessible and available for all,” he said.

“Our Constitution begins with ‘We the People.’ When ‘we the people’ elect an individual, it is because they have faith that he or she will serve the needs and concerns of ALL the people,” Carnley said. “When the elected official forgets his job is serving others, and not others serving him, it is time for a change.”

“Through all these years of service I have gained valuable experience in all areas of law enforcement from patrol, criminal and narcotics investigations, and administration,” he said. “This lifetime of service and experience qualifies me for the leadership role required in the Covington County Sheriff’s Department.”

Carnley retired in October 2012, but said he quickly realized he still had a passion to serve and protect. In September of 2013, he returned to law enforcement with the Covington County District Attorney’s office.

“Because of the various leadership positions I have been privileged to hold, I understand the challenges facing law enforcement, of recruiting qualified people, of maintaining qualified and professional personnel,” Carnley said. “I also understand fiscal responsibility, of working within a budget, as you the taxpayers expect.

“Before committing to seek the candidacy for Sheriff of Covington County, my family and I considered the sacrifice required to serve in this role,” he said. “It took much thought, discussions with family and friends, and prayer before making this decision. I understand the Office of Sheriff encompasses an enormous amount of duties including being a servant of the courts, civil process service, courthouse security, school resource officers, patrol, criminal and narcotics investigations, and maintaining a correctional facility which involves housing and feeding 200-plus inmates on a daily basis, as well as inmate, juvenile, and mental commitment transports.

“I have heard your complaints and frustrations with the current leadership of the Sheriff’s Department,” he said. “Because I have a heart and passion to serve others, I can no longer stand on the sidelines without offering you, the citizens of Covington County, a choice, a fresh face for sheriff with a fresh vision, the right man with the right experience.”

Carnely said he has many years of relevant training and first-hand experience.

“It all begins and ends with leadership,” he said. “The time has now come for a change in that leadership. It’s about law enforcement and not politics.”

Carnley said his platform is based on three things: protecting the community, serving with integrity, and pledging his commitment.

“I have worked with numerous officers through the years, handled numerous calls, and investigated numerous cases, interacting with untold numbers of you, the citizens of Covington County,” Carnley said. “ I ask you, the citizens of Covington County, to seek those out that I have worked with, investigated cases for and against, to find out for yourself if I am qualified to serve you as your sheriff.”

Carnley and his wife, Dawn Harrell Carnley, have been married for 32 years and are the proud parents of two adult sons, Zack and Shawn. They live in Opp, and are active members of Westview Baptist Church.