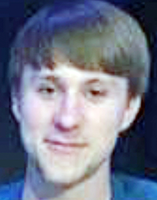 A Frisco City man led River Falls Police on a lengthy chase Saturday before being captured and facing a slew of charges.

The suspect vehicle failed to stop and fled from Daniel.

The suspects proceeded toward Gantt on Point A Road, Warren said.

“The vehicle made a U-Turn at the intersection of Point A Road and Hwy. 29,” he said. “The vehicle proceeded toward River Falls and made a left turn onto Sunnyside Street and then onto U.S. Hwy. 84.”

Warren said officers stopped the vehicle at the intersection of of Hwy. 84 and Heath-River Falls Road.

Two subjects were taken into custody.

“During a search of the vehicle, officers located marijuana and marijuana paraphernalia,” the chief said.

Harris was charged with reckless endangerment, attempting to elude a police officer, possession of marijuana second degree and possession of drug paraphernalia.

Warren said he commended Daniel and other officers and deputies involved.

“It is a positive when a situation like this can be solved without any injuries or damage to any property,” he said.

Warren said he would like to remind everyone that no matter what charges you may face, no charge is worth placing yourself and everyone else on the road way in danger by fleeing from officers.