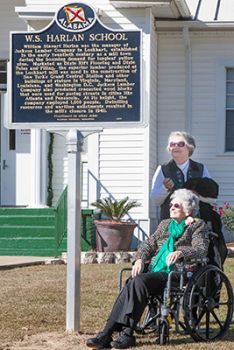 Mrs. Joann Geohagan, a 48-year teacher at WSH, unveiled the marker with the help of her daughter, Mrs. JoEllen Geohagan Sellers | Precision Image Photography of Florala 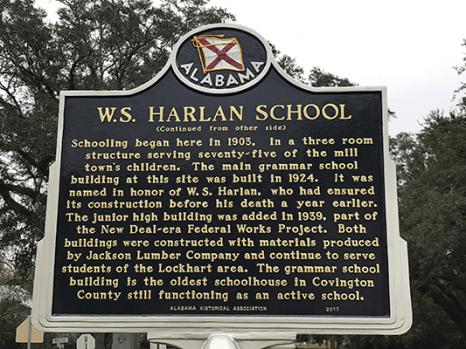 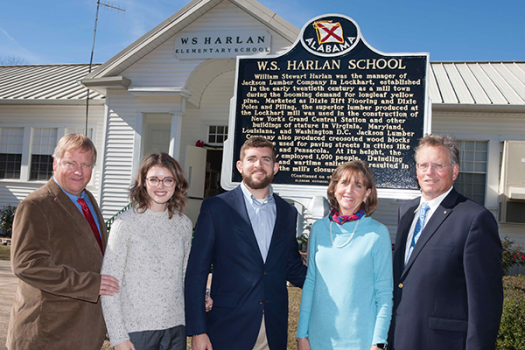 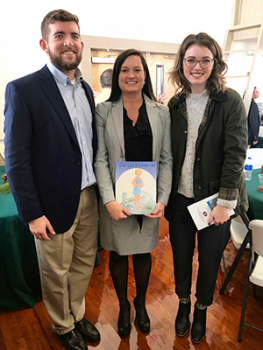 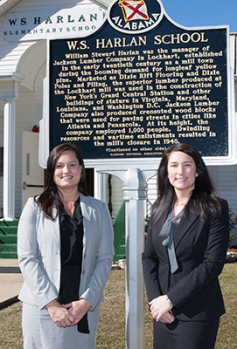 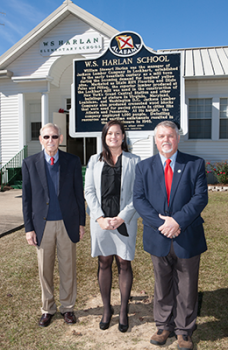 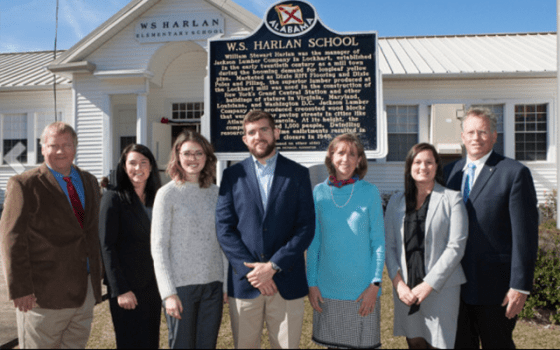 1924 school building oldest in use in county

School officials on Monday unveiled a historic marker at W.S. Harlan Elementary, designating it as the oldest building in Covington County still being used as an active school.

Incorporated in 1891, the company became the largest lumber mill in the United States by 1912.

“Not only did the mill produce rift flooring, poles, pilings, pavers, and roofers on a grand scale, Jackson Lumber Company of Lockhart was known to produce superior quality products due to its special machinery and craftsmen,” Peoples said. “Jackson Lumber Company products — marketed under the Dixie brand — built Grand Central Station, the 71st Regiment Armory, and the Hudson Terminal Building in New York City; Bancroft Hall in Annapolis; the Library of Congress in Washington, D.C.; Orleans Parish Courthouse in New Orleans; B&O Railroad’s Headquarters in Baltimore; and many more important constructions throughout our nation.”

The company closed in 1940, but the community and school lived on. William Stewart Harlan was the manager of Jackson Lumber Co. At its height, the company employed 1,000 people. Dwindling resources and wartime enlistments resulted in the mill’s closure in 1940.

Schooling began in Lockhart in 1903, in a three-room structure serving 75 of the mill town’s children. The main grammar school building of the current facility was built in 1924, and named in honor of Harlan, who had ensured its construction before his death a year earlier. The junior high building was added in 1939, part of the New Deal-era Federal Works Project.

Special thanks to Brandi Evans, organizer of this event, for information.