It is with great sadness that the family of Vivian Stricklin Bowen announces her passing on Mon., Dec. 11, 2017, after a brief illness. Vivian will be lovingly remembered by her sister, Drusilla Feachen; and her brother and sister-in-law, Joe Eiland and Laquita Stricklin. She will also be remembered by a number of nieces, nephews, cousins, a sister-in-law, Neva Bowen, and a host of friends. She was preceded in death by her parents, Cloy and Maxine Stricklin; her husband, Dick Bowen; and her brother, Mabrey Stricklin.

Vivian was born in Brantley, Ala., on June 28, 1928. She was a member of the River Falls Baptist Church. Following her graduation from Andalusia High School, Vivian accepted a position as secretary of a real estate company, where she worked for 25 years.

Living on the water enabled Vivian to enjoy fishing, one of her favorite activities. Because she loved flowers, she was often seen spending a lot of time working in her yard. She was a delightful hostess, and her guests enjoyed her hospitality. Vivian was a happy person who enjoyed life to the fullest.

A graveside service in memory of Vivian will be held on Sat., Dec. 16, 2017, at 2 p.m., at the family cemetery plot in Stonelake Gardens. The Rev. Larry Stewart will preside. Nephews will serve as pallbearers. A visitation will be held from 11 a.m. to 1:45 p.m. at Foreman Funeral Home.

The Honorable Allen Edward Cook, age 76, was surrounded by his family when he passed away at Andalusia Health on Thurs., Dec. 14, 2017. He was born in Andalusia on Dec. 27, 1940, to Jesse Allen Cook and Camma Holladay Cook. His father was a prominent local attorney for over 50 years, and his mother taught school in Covington County for over 30 years. His grandfather, Dr. Jesse Allen Cook, Sr., served as pastor of the First Baptist Church where Allen was a lifelong member. 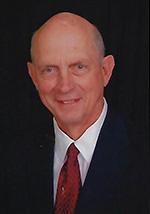 Allen went to East Three Notch Elementary School and graduated from Andalusia High School in 1959. He was active in the Boy Scouts and attained the designation of Eagle Scout. He received a music scholarship to The University of Southern Mississippi in Hattiesburg, Mississippi. There, he was president of his fraternity and met his future bride, Dorothy Anne Carter. Upon graduation, he attended Cumberland School of Law in Birmingham, Ala. Allen and Dorothy were married in 1967.

He began his legal profession in 1967, by being elected District Attorney for Covington County and continued to serve as Assistant District Attorney throughout his career. In 1971, Allen joined his father in private practice and they worked together for many years. He served as Alabama Attorney General’s special prosecutor and city judge for Andalusia and Florala.

Allen served almost 30 years in the Alabama Army National Guard achieving the rank of Colonel. He served in the Judge Advocate General division in Montgomery, Ala. and was awarded the Distinguished Service Medal.

Allen was a member of the Covington County, State of Alabama, National Bar Associations, Andalusia Chamber of Commerce, Kiwanis Club and Andalusia Country Club. He was a member of First Baptist Church of Andalusia and taught Sunday School to the Men’s Baracca Class. Allen was an avid hunter and co-founded Little Pine Hunting Club. He enjoyed fishing, the company of family and friends and Alabama football.

He is preceded in death by his parents, Jesse Allen Cook, Camma Holladay Cook, and his sister, Camma Margaret Cook Fowler.

Rev. Dr. Paul B. Fowler officiating. Visitation will be at the church one hour prior to the service and interment will follow at Andalusia Memorial Cemetery. Pallbearers are the Rev. David William Cook, Kenneth Dallon Wallis III, Kenneth Dallon Wallis IV, Allen Carter Wallis, Dr. George Henry Carter, III, Brian David Mashburn, Thomas Watson Savage, and Charles Davis Gantt. In lieu of flowers, the family requests memorials be made to First Baptist Church of Andalusia, Saint Michael’s Anglican Church of Andalusia, or the charity of your choice. Please sign the online registry at www.foremanfuneralhome.com.

To our dearly departed we say, “Mizpah! The Lord watch over me and thee when we are apart one from the other.” Genesis 31:49

Mrs. Nellie “Flay” Owens, age 93, of Andalusia, passed away Fri., Dec. 15, 2017, at a local nursing home. Flay was a member of Pine Grove Baptist Church in Bay Minette, Ala. She loved her God and her church, her family, cooking and gardening. She had an amazing sense of humor and had a great love for people.   She enjoyed playing cards and dominoes and listening to music at the adult activity centers. One of her greatest joys was planting flowers in her yard – and in anyone else’s who would let her.

Flay is survived by her three children, Brenda (Guy) Ballard of Spring, Texas, Samartha (Jim) Sage of Bay Minette, and Vickie (Robert) Kitchens of Andalusia; her sister, Jean Fuqua of Andalusia; and 11 grandchildren, 20 great-grandchildren and five great-great grandchildren. She was preceded in death by her parents, five brothers, three sisters, and one granddaughter.

Those wishing to extend a word of condolence may do so at www.keaheyfuneralhome.com.