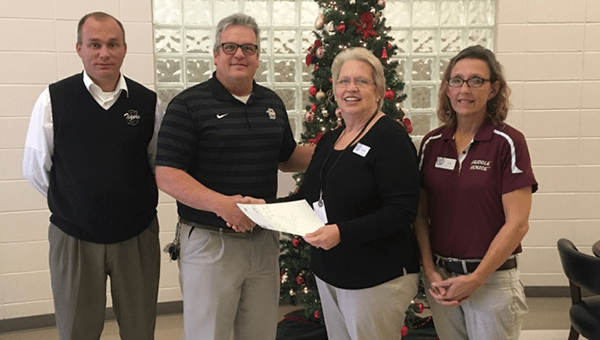 The local restaurant distributed discount cards at the gate of each high school in the county. Each card guaranteed 50 percent off on an entrée at Huddle House. Proceeds from the sale were donated to the school of the diner’s choice, and the school that racked up the most sales – in this case, Straugh High School – received $1,000.

Wynne Straughn, the manager of the Andalusia Huddle House, said, “It was amazing to see the fan base from Straughn High School come alive. This entire project was community based so seeing the amount of people that were coming to support the cause from Straughn was truly amazing.”

Marlene Carpino, district manager, said, “We appreciate and support this community so much that is why we do these promotions, because we know there will be a great response to them. We love our Raving Craving Fans!”

Straughn officials said they will put the $1,000 toward the football program.