Courthouse construction was controversial, a century ago 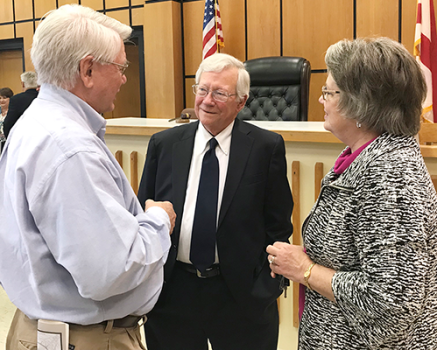 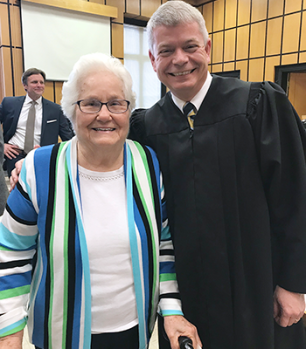 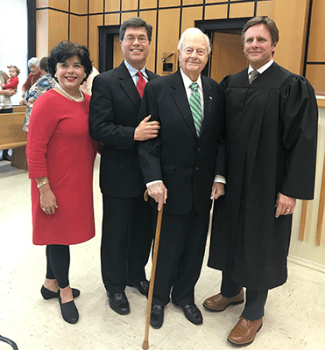 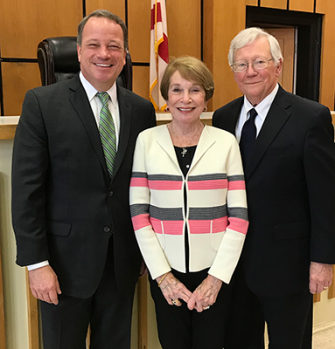 But for an unpopular vote by the county board of revenue and a failed lawsuit, the county’s courthouse would have been very different.

U.S. District Judge Harold Albritton, whose great-grandfather began practicing law in Andalusia in 1887, shared the history of the courthouse and his own family’s intertwining history, in a Tuesday program commemorating the 100th anniversary of the courthouse.

Albritton said his great-grandfather, Edgar T. Albritton, was a young lawyer practicing in Snow Hill, N.C., with a wife and two children when his life went downhill.

“His wife was crippled with typhoid fever, and died, leaving him alone with two small children. His daughter then died with diphtheria.”

In the depths of despair, Ed Albritton left his son with a maiden aunt in Washington, D.C., and took a train to Mobile to join a brother.

In Greenville, the train stopped to unload a circus. Albritton walked around, and ran into a new young lawyer in Greenville named Dempsey Powell.

“My great-grandfather told Mr. Powell he had changed his mind about going to Mobile,” he said. “He told him he really just wanted to go to the end of nowhere.

“Mr. Powell replied that if he wanted to go to the end of nowhere, he’d suggest Andalusia, adding ‘They need a lawyer there.’ ”

“The building in which his office was located was right here on this property where this building now stands,” Judge Albritton said Tuesday.

Current Commission Chairman Greg White, citing minutes of the Board of Revenue of Covington County (now known as the county commission) shared data about the courthouse construction said records show that in February of 1913, the board was contemplating a new courthouse to replace the one that stood in the center of what is now the court square.

In November of that year, they considered plans drawn by architect W.L. Stevens and were ready to proceed with construction.

But the process was slowed in December when E.R. Merrill filed a lawsuit to stop construction. Merrill eventually appealed all the way to the Alabama Supreme Court, where he lost, Albritton said.

In the meantime, White said, four of five commissioners lost their seats in the next election. The new commission worked with Montgomery architect Frank Lockwood and in December of 1915, contracted with a different builder, the Little Clecker Construction Co. Records show the total cost project, including the purchase of the two lots, was approximately $110,000, plus architect’s fees, White said.

“That was 100 years ago, and I think we got a pretty good bargain,” White said.

Judge Albritton cited stories of the construction and the controversy around it from The Andalusia Star (a forerunner to The Star-News) and The Florala News, as well as an early Opp newspaper.

One group, he said, called for a vote of the people before construction began.

“A final note was that the lawyer who filed the suit in the name of E.R. Merrill in an attempt to stop the building of the new courthouse, who was successful at this level, but ultimately lost the case in the Supreme Court, was my great-grandfather, Ed T. Albritton.

Mayor Earl Johnson presented Albritton with a proclamation, and declared Tuesday William Harold Albritton day in Andalusia. It happened also to be the judge’s birthday.