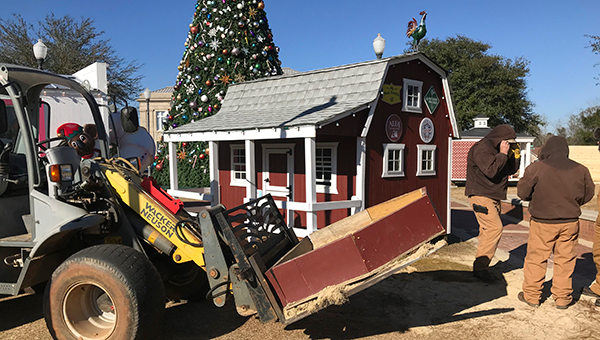 City of Andalusia employees began disassembling Candyland earlier this week, moving cottages from the Court Square and Springdale. On Friday, the giant Christmas tree which has been in place since mid-November came down, officially ending the season in Andalusia. The event drew thousands to the city during December. |Photos by Christopher Smith and Michele Gerlach