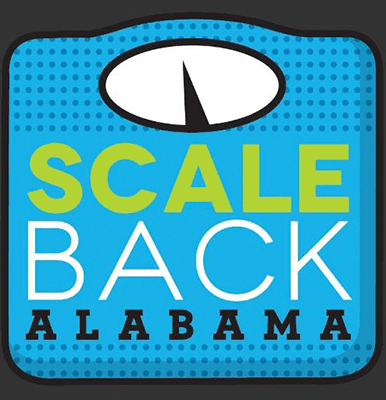 One of the first place winning teams from last year’s Scale Back Alabama contest was Andalusia’s very own Bridgett Brantley and Heather Bryan.

“It was a pretty insane feeling when they called about the grand prize. Since it is just a drawing for the prize we never thought that we could actually win, so we just did our part and lost the weight.” Brantley said, “We started out walking slowly and then worked our way up to walking longer and faster.”

When asked about tips on how to lose the weight Brantley said that portion control and having the accountability of another peer was what helped her the most.

“I didn’t really change what I ate at all, I just changed the amount of food I was eating. Having a partner to push me toward my goal helped immensely because, honestly, if I was doing this by myself then I would say finding the motivation would have been a struggle,” Brantley said.

Brantley and Bryan will both be participating in the program again this year.

“It is a really great program because it causes people to be accountable for each other, I just have to get back in the groove again after all the holiday food!” Brantley said.

Mizell Wellness Center in Opp will be providing a weigh in site accessible during business hours.