Roll Tide, Go ‘Dawgs: Final is Monday, and even the president is coming 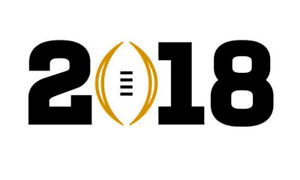 For SEC fans – and Alabama fans, especially – it’s huge. The matchup between the University of Alabama and the University of Georgia marks the second time this decade the final has featured two SEC teams. The last time was in 2012, when Alabama bested Notre Dame.

All season long, fans of each team thought the two teams would meet in December in the SEC championship game. But Alabama’s loss to Auburn delayed that event.

The University of Alabama will play in the final for the third straight year, seeking its 5th national championship within 10 years after getting revenge on last year’s champion, Clemson University, in the Sugar Bowl on New Year’s Day.

The University of Georgia will seek its first national championship since 1980 after winning in double overtime against the University of Oklahoma in the Rose Bowl Monday.

The last time that the two matched up was in the 2012 SEC Championship game. Alabama won that meeting 32-28 before going on to win the national championship against Notre Dame.

The Crimson Tide has a 38-25-4 advantage in its series with Georgia and sports professionals give the Tide a 57.5 percent chance of beating the Bulldogs on Monday night.

This year will also be the first year the final will feature a musical halftime performance. Kendrick Lamar and Taylor Swift will be performing.

Game time is 7 p.m. Monday, and the gam will be broadcast on ESPN and can be live-streamed on WatchESPN.

Local fans who are especially excited can purchase championship bling immediately after the game at Hibbett Sports in Andalusia.