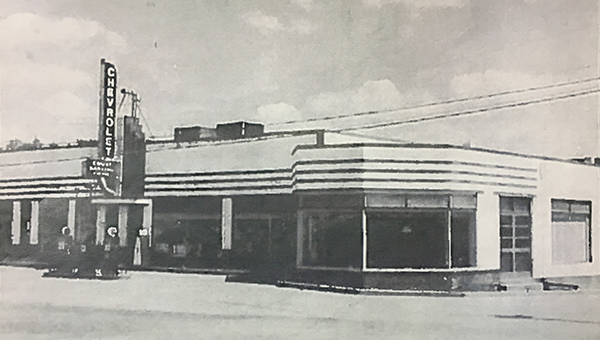 The East Three Notch side of the property is shown above, as Count Darling Chevrolet. | Photo courtesy of David's Catfish

Recurring gifts from two foundations will fund the City of Andalusia’s purchase of what was once Darling Chevrolet, buildings that most recently housed Carquest, in downtown Andalusia.

The Andalusia Council on Monday approved a resolution authorizing the purchase of the property, which will be used in a cooperative partnership with the Covington County Historical Society. The back side of the property the city is acquiring touches property currently owned by the CCHS, on which it operates a museum. 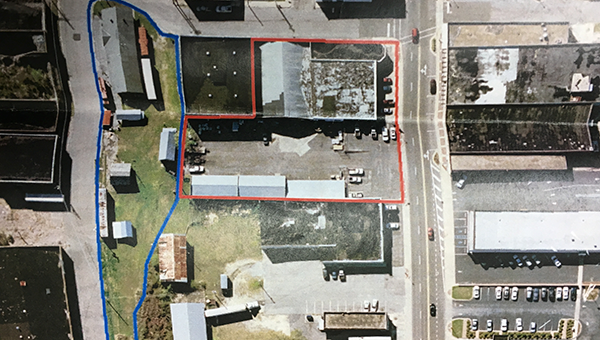 Mayor Earl Johnson said the Solon and Martha Dixon Foundation and the Esttep Foundation will each contribute $50,000 at closing, expected next month, and on the first two anniversaries of the closing to cover the $300,000 purchase price. The city’s expense will be the interest on the short-term loan over the next two years, and closing costs.

The resolution states development of the property will not begin until a feasibility study and business pro forma have been completed, as future funding allows.

Johnson said, “What we’re doing here is the first step of a long trek. We want to develop this property as a museum and interpretive center.

Councilman Terry Powell, who voted for the project, said the city must do its due diligence.

Around the country, he said, museums are failing.

“There are probably a lot of reasons for that,” he said. “We’ve got to be very objective as we go forward.”

Johnson said he has met with leaders of the historical society and they are very excited about the idea.

“Quite frankly, they’ve struggled for years with a place that is totally inadequate to showcase all that they have,” he said.

Johnson said there will be much work ahead to make the expanded museum, complete with interpretive centers, a reality.

“But I think the people of Andalusia and Covington County are up to it,” he said.

Council member Hazel Griffin voted against the project. Griffin said she believes the city has too many irons in the fire.

She also asked that the resolution be amended to say the city would not assign its own workers to any project done in the project, as she believes the city works them too hard.

No action was taken on the proposed amendment.

The meeting was called at noon on Monday in lieu of a regularly scheduled meeting that would have been held on Tues., Jan. 2.