Funeral services will be held on Jan. 16, 2018, at 2 p.m. from Jones Chapel Baptist Church in Evergreen with the Rev. David Leach officiating. Internment will follow in Jones Chapel Cemetery. Visitation will be one hour prior to services at the church.

A graveside service will be held on Thurs., Jan. 18, 2018, at 1 p.m. in Pilgrims Rest Cemetery with the Rev. Walter Brewer officiating the service.

Mrs. Cook is survived by her son, Ken Cook of Dozier; daughter, Jan Cook of Dozier; sisters and brothers-in-law, Bobbie Sue and Gene Stewart of Saraland, Ala., and Dorothy and Jerome Warren of Satsuma, Ala.; and brother and sister-in-law, Jimmy and Myrl Reeves of Orange Beach, Ala..

She is preceded in death by her husband, Kenneth Cook; and her brother, Ronnie Reeves.

Pallbearers will be her nephews.

Funeral services will be at 2 p.m. on Wed., Jan. 17, from Foreman Funeral Home Chapel with Brother Kenneth Mitchell officiating. Visitation will begin at 12 p.m. on Wednesday. The interment will be in Andalusia Memorial Cemetery.

He is preceded in death by his infant son, James Tankersley III, and sister, Barbara Sue Coleman. 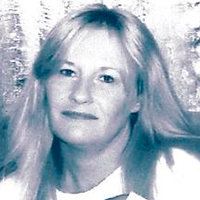 She is survived by her husband of 13 years, Robby Harrelson of Dozier; her stepson, Matthew Harrelson of Dozier; her grandchildren, Briley and Kallie Harrelson; her brothers, Kenneth Foster of Milton, Fla., and Dennis (Janet) Foster of Pensacola; her sister, Christine (Julian) Blue of Milton; and her nephew, Dennis Foster, Jr. of Pensacola. She was preceded in death by her sister, Kathleen Foster.

Funeral services were held at 2 p.m. Mon., Jan. 15, 2018, at Keahey Funeral Home Chapel in Andalusia with the Rev. Bill Butler officiating. Interment followed at First Freewill Baptist Church of Dozier. Asked to serve as pallbearers were Jamie Dubose, Yancey Dubose, Adam Butler, Travis Rogers, Dallas Odom and Eugene Merrill. Visitation was held one hour prior to the funeral service at the funeral home.

Those wishing to extend a word of condolence may do so at www.keaheyfuneralhome.com. 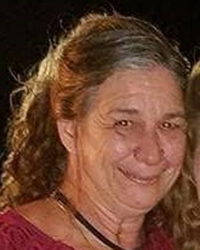 She is survived by her children, Taarna Moser of Gantt, and Trahern (Lania) Garrod of Brantley; her granddaughter, Chloe GraceLynn Dorvee of Gantt; her significant other, Mike Myrick of Red Level; her sister, Lisa Lowry of Andalusia; nieces, Savannah (Curtis) Hutton and Hilary McCurdy; and nephews, Raymond McCurdy and Nicholas E. Lucal.

A Celebration of Life and Reflection of Memories visitation will be held at 2 p.m. Tues., Jan. 16, 2018, at Keahey Funeral Home Chapel in Andalusia. Memorialization is by cremation.

A memorial service will be held at a later date. Warren Holloway Ward Funeral Home of Geneva is in charge of arrangements.

Mr. Harper was born April 6, 1942, in Covington County, Ala., to the late Dan and Velma Pitts Harper. Mr. Harper was a loving father and grandfather who loved to hunt, fish, camp and spend time with his family. He believed in hard work and providing for the needs of his family.

In addition to his parents, he was preceded in death by his wife, Betty Harper; one son, Daniel Harper; one brother, Lucene Harper and one sister, Judy Martin.

He is survived by one daughter and son-in-law, Patti and Daniel Hidle of Geneva, Ala.; three sons and daughter-in-law, John and Bobbie Jo Harper, Byron Harper and Lee Harper, Jr. all of Gantt, Ala.; one brother, Charles Harper (Ida) of Olympia, WA; three sisters, Carol Harper of Amarillo, Texas, Jean Bozeman (Jack) of Dozier, Al a.,and Virginia Clark (Joe, Sr.) of Brandenburg, Ky.; seven grandchildren; six great-grandchildren and a host of other family and friends.