What do ya’ do when it’s cold? Kids recommend snow with syrup 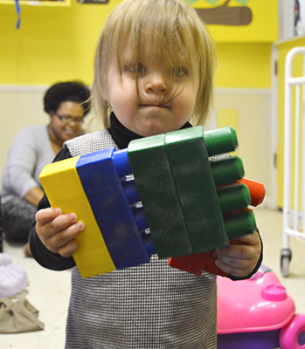 Wednesday’s snow and ice made for days out of school and fun times.

The Star-News interviewed children at the Tiny Tots Daycare about how they spent their snow day.

Lyric and Noah Cobb, ages 3 and 5, said they ate snow.

“We jumped on the trampoline when it was 20 degrees,” Lyric said.

“It was very black snow and I ate it. It was super cold outside. There were ice sickles on the roof,” he said.

“I made a snowball and then I threw it,” he said.

“I sled down a hill and skated,” he said.

“Then we went to the coldest road to see the snow,” Connor said.

Trenton Russ said he played in the ice.
“I just played with the ice,” he said.

“I went sledding and got a big cup of snow and took it inside to eat it with syrup,” she said.

“I just ate the snow, no syrup. That is nasty with syrup,” he said.

Bentley King, 5, said he didn’t play in the snow at all.

“It was too cold. I stayed inside and played my video game system,” he said.

“I played with the snow and built a snowman,” she said.

The Tiny Tots Daycare provides care for children from newborn to 12 years of age.